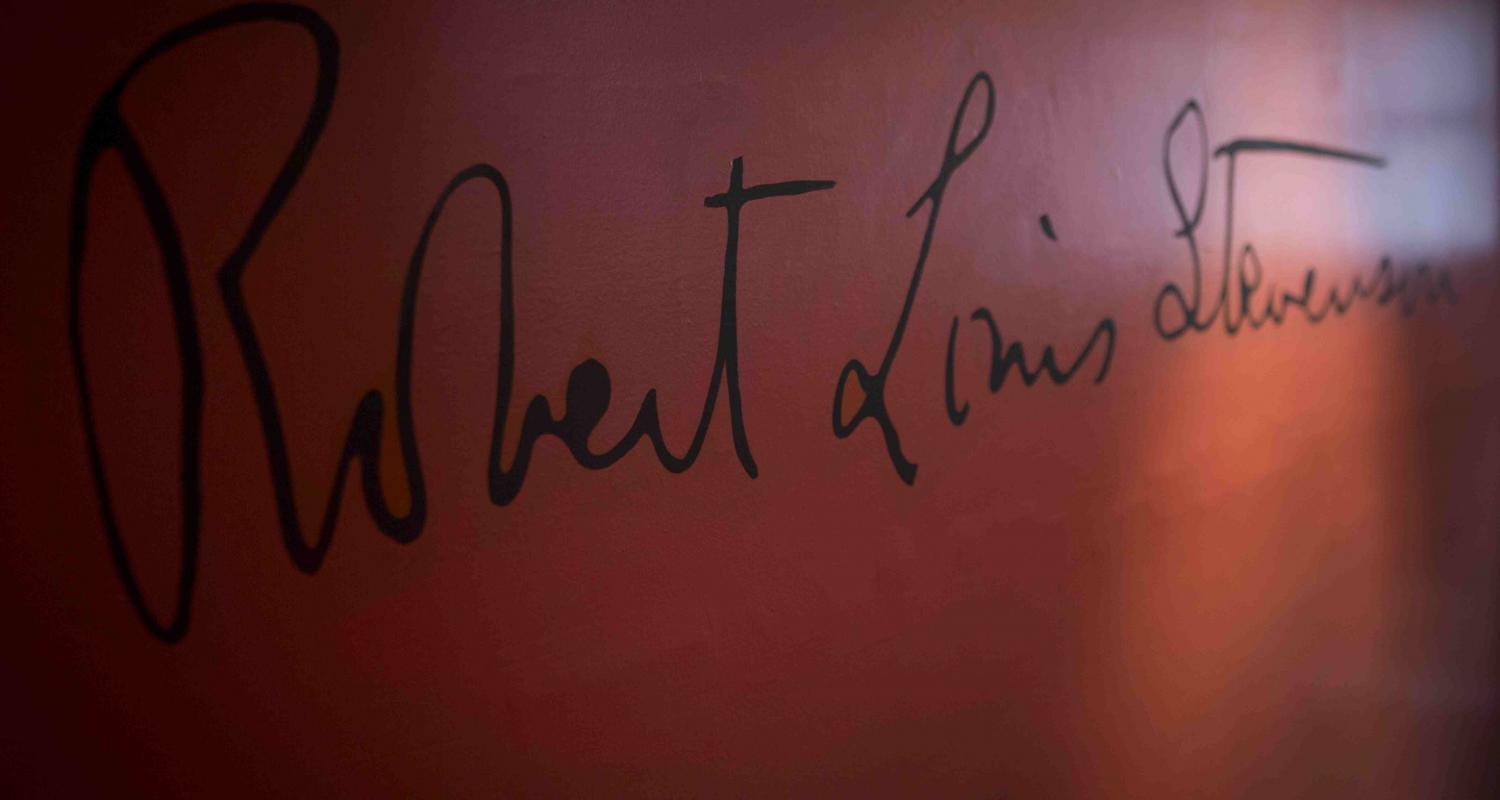 The Writers’ Museum celebrates the lives of three giants of Scottish literature- one of whom is Robert Louis Stevenson. Each year Stevenson’s life is celebrated with a week of events culminating on his birthday, 13 November. As a result of the ongoing pandemic the museum is temporarily closed and events have moved online this year, so we asked one of our Writers’ Museum volunteers, and current chairman of the Robert Louis Stevenson Club, Mitchell Manson, what his favourite Stevenson book is and why.

In normal times I spend one afternoon a week as a volunteer in the Stevenson Rooms in The Writers’ Museum engaging with the many visitors all about Robert Louis Stevenson, his life and writing.

My interest in him stems from a journey I made to California as a 22-year old student in 1959. I did not at the time realise that I was following very much the same journey as a 29-year old Stevenson had made in 1879 when he left home and family without informing them where he was off to.

He was pursuing a married woman whom he had met in France and become infatuated with, Fanny Osborne. Fanny had  brought her three children with her from America, one of whom tragically died while she was in Paris attending an Arts Studio. She, however, had had to return to America to rejoin her husband in California. Stevenson responded by acquiring a ticket from the Anchor Line shipping office in Hill Street, Edinburgh before joining the SS Devonia at Greenock on the Clyde. From there he crossed the stormy North Atlantic as a steerage passenger to New York.

Now this is where originated my interest in Stevenson and why when asked, “What is your favourite Stevenson Book?”, my immediate answer is “The Amateur Immigrant”, rather than “Treasure Island” or “Kidnapped”, books I had read in my youth. Stevenson wrote an account of his journey all the way from the Clyde to the old Spanish Pacific Capital of California, Monterey which lies south of San Francisco on the American west coast. However, largely on the insistence of his father, the book was not published until after Stevenson’s death in 1895.

My journey began in Southampton where I boarded a Cunard Liner (SS Queen Mary) that would take just 5 days to reach the mouth of the Hudson river, New York and the tip of Manhattan as compared to Stevenson’s 10 days.

From there Stevenson and I both caught a train from Pennsylvania Street Station which took us on the trans-continental railway (which had only been completed in 1869). In Stevenson’s case it was a wood-burning steam locomotive with very primitive tourist class accommodation. For me it was a diesel powered ‘Streamliner’ with comfortable carriage and separate dining-car.

Three days after leaving New York, Stevenson remarks: “I have never been so dog-tired as that night in Chicago. When it was time to start, I descended the platform like a man in a dream.” The remainder of the journey for us both involved crossing the central plains of America, “It was a world almost without feature; an empty sky, an empty earth; front and back the line of railway stretched from horizon to horizon, like a cue across a billiard board.”

Then finally (for Stevenson 11 days since leaving New York, for me only five) ,“we were at Sacramento, the city of gardens in a plain of corn; and the next day before the dawn we were lying upon the Oakland side of San Francisco bay…..the fog was rising over the citied hills of San Francisco; the bay was perfect – not a ripple, scarce a stain, upon its blue expanse; everything was waiting, breathless for the sun.”

That for me more or less completed the journey although I was to spend the next two wonderful years at the University of California.

Stevenson would continue from Oakland onto Monterey where he met up with Fanny. Later he was to suffer serious haemorrhaging of the lungs from which Fanny nursed him back to health. In return Louis with his legal training helped her file for divorce from Sam Osborne.

The couple later married in San Francisco, spent their honeymoon at a deserted silver mine at the head of the Napa valley (which Stevenson describes in “The Silverado Squatters”) after which, with the help of a cash gift from home, they returned to Scotland. However, following the death of Stevenson’s father they were to return to America one last time in 1887 before settling on the island of Samoa in the South Pacific. Seven years later Stevenson would suffer a sudden cerebral haemorrhage and died aged forty-four.

Museums & Galleries Edinburgh are hosting a variety of online events for Robert Louis Stevenson Day, details of which you can find here. 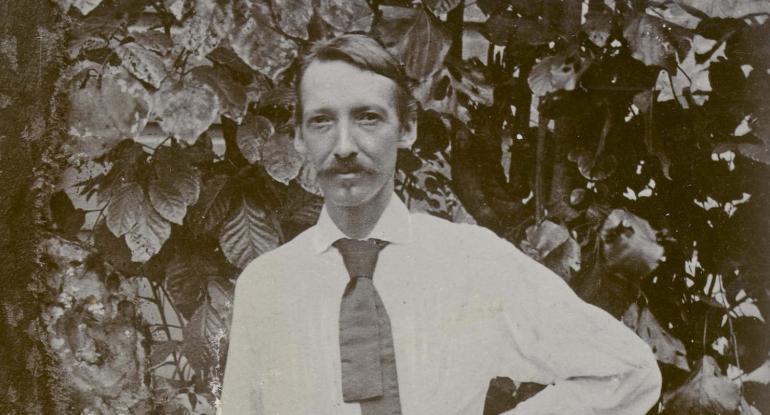 Friday 13 November at 1pm, join us for a Facebook Live event on the City Art Centre Facebook page. 'Keep your fears to yourself, but share your... 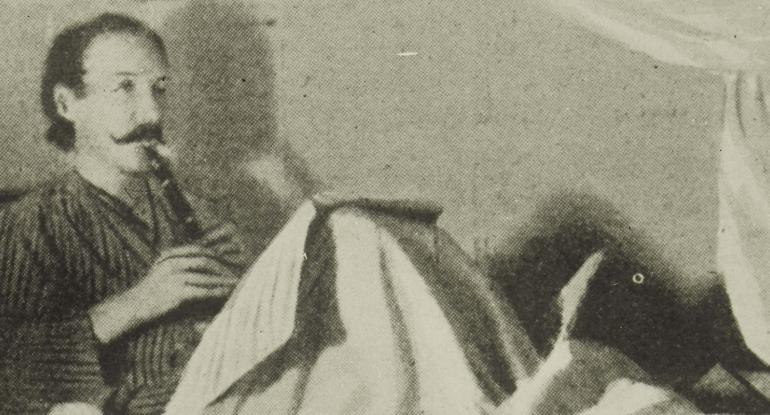 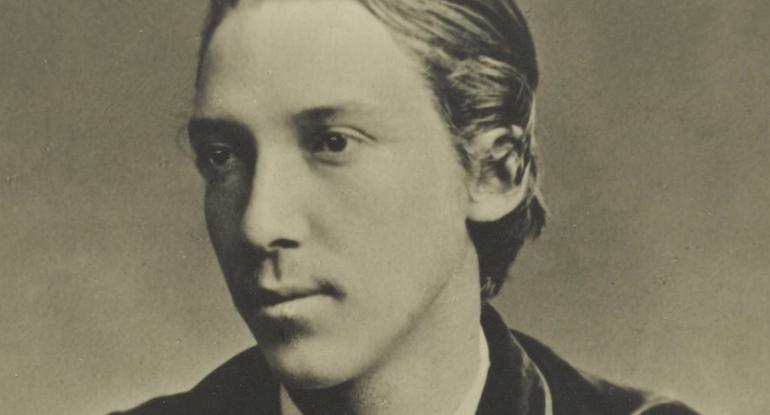 On Friday 13 November at 5pm, join us for a Facebook Live event on the City Art Centre Facebook page. 'There are no foreign lands. It is the...