Robert Blomfield practised street photography across the UK from the 1950s to the 1970s, beginning in Edinburgh, where he studied medicine. He adopted an unobtrusive fly-on-the-wall approach, seeking interesting or amusing scenes in the rapidly changing post-war period. An engaging manner and healthy disrespect for authority allowed him to get close to a myriad of subjects, taking photographs that are in turn tender, bold and humorous.

A subsequent medical career meant that Blomfield’s vast collection of striking images - which carry echoes of Henri Cartier-Bresson and Vivian Maier - remained largely unseen, until a stroke forced him to put down his camera in 1999. Timed to coincide with his 80th birthday, this first large-scale display of his photographs will provide an opportunity for Blomfield to receive the recognition he rightly deserves.

The exhibition displays a selection of this stunning private archive, documenting the dramatic shifts taking place in Scotland’s urban landscape during the 1960s. It includes candid portraits and group shots, children playing amongst crumbling tenements, public gatherings, student life and evolving architecture, offering a rare opportunity to reappraise our understanding of Scottish culture at that time.

Exhibition in partnership with Robert Blomfield and Family. 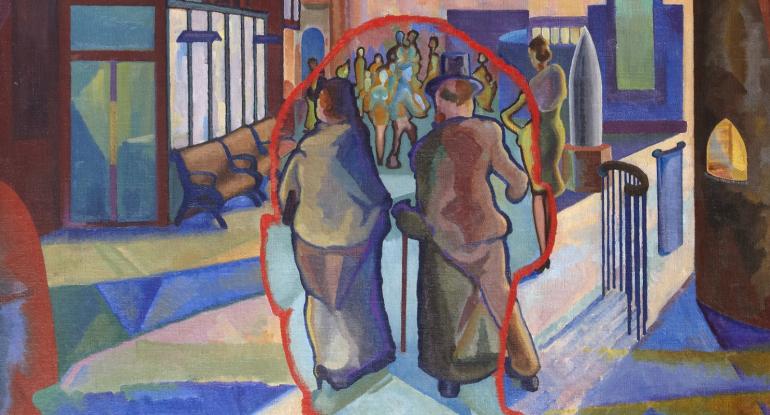 Sat 4 Aug 2018 to Sun 10 Feb 2019 The first major exhibition to focus on this unusual and enigmatic artist.

Each painting in ‘The Human Comedy’ series by Edinburgh born artist James Pryde (1866-1941) depicts a facet of the human condition. This exhibition...