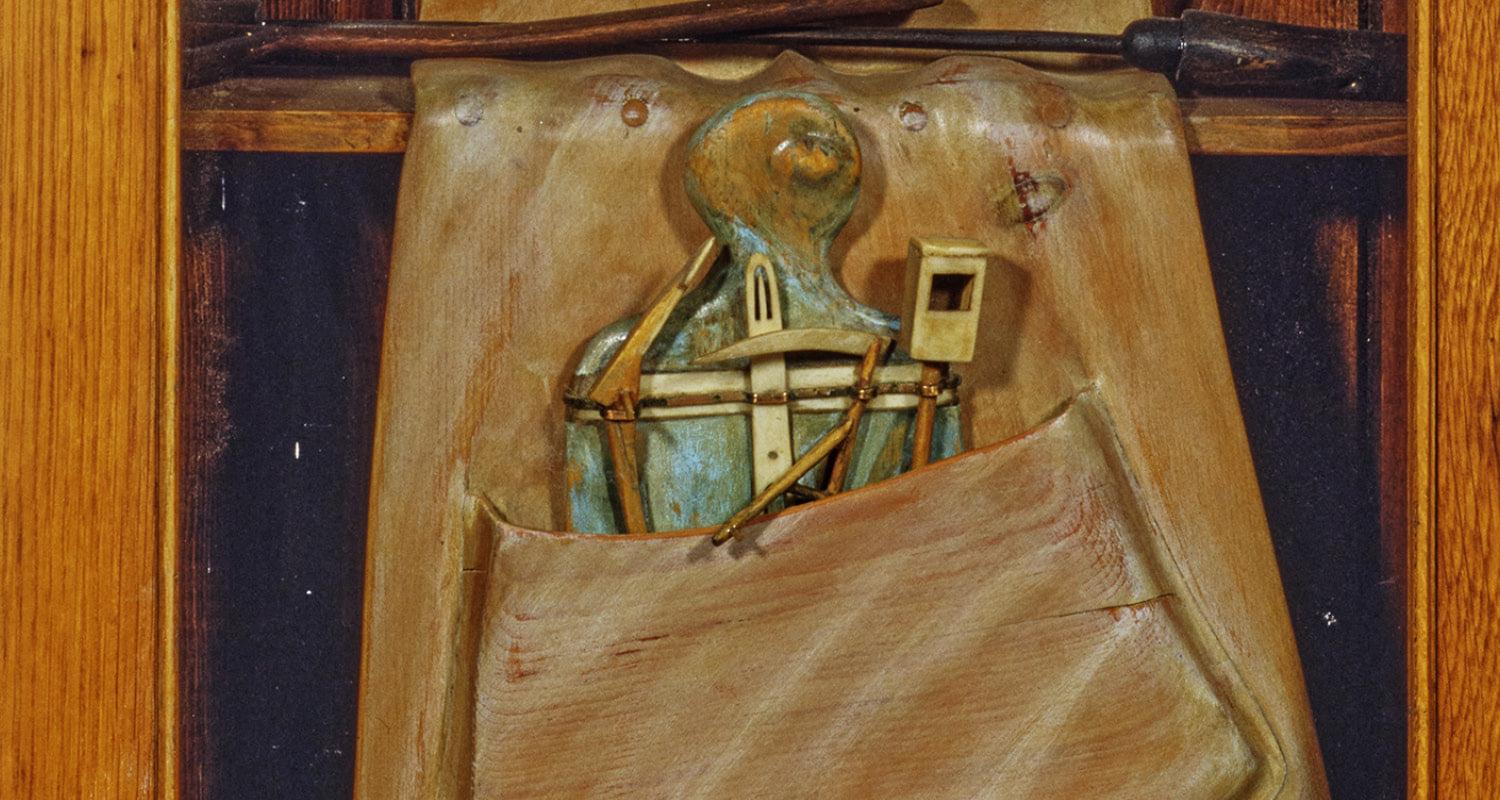 New Ontologies: The Transformational Art of Will Maclean

Will Maclean’s litany of influences includes international Modernists and Postmodernists, but it is predominantly ‘of the folk’. It is primarily testament to his determination to speak for a people rather than for himself. His statement reveals a sense of the many voices, the marginalised voices, the subjugated voices; a sense, above all, of ‘heteroglossia’. The sense of the carrying stream: the voice of the people, the ‘mutations from below’ is allied with a conviction that there are truths there just below the surface awaiting unearthing.

Dr Lindsay Blair is a Reader in Visual Culture and Theory (UHI). Her research on ‘Word and Image’, problematizes codes of representation.  Dr Blair’s current research on visual culture in the Gàidhealtachd extends to an interest in ‘place’, ‘mutations from below’ and transnational representations. She is Principal Investigator in a European network, Hands Across the Sea (https://handsacrosstheseacom.wordpress.com), a Co-Investigator for SEA- EU and an affiliate to the Arctic Sustainable Arts and Design Network. Dr Blair is an invited expert on national review panels for European journals, and for major collections and museum installations in the United States. Recent research outputs include: ‘”Mutations from Below”: The Land Raiders of Reef and An Suileachan by Will Maclean and Marian Leven’. Northern Scotland, Edinburgh University Press (2020) and 'Where Words and Images Collide: Will Maclean’s Intertextual Collaborations', Scottish Writing After Devolution, (Edinburgh University Press, March 2022).

New Ontologies: The Transformational Art of Will Maclean

This event is free but booking is essential.  While we hope to run this in the City Art Centre, we may have to adapt to the situation at the time and the event may need to move to digital. Book on the link or by phoning the City Art Centre on 0131 529 3993.