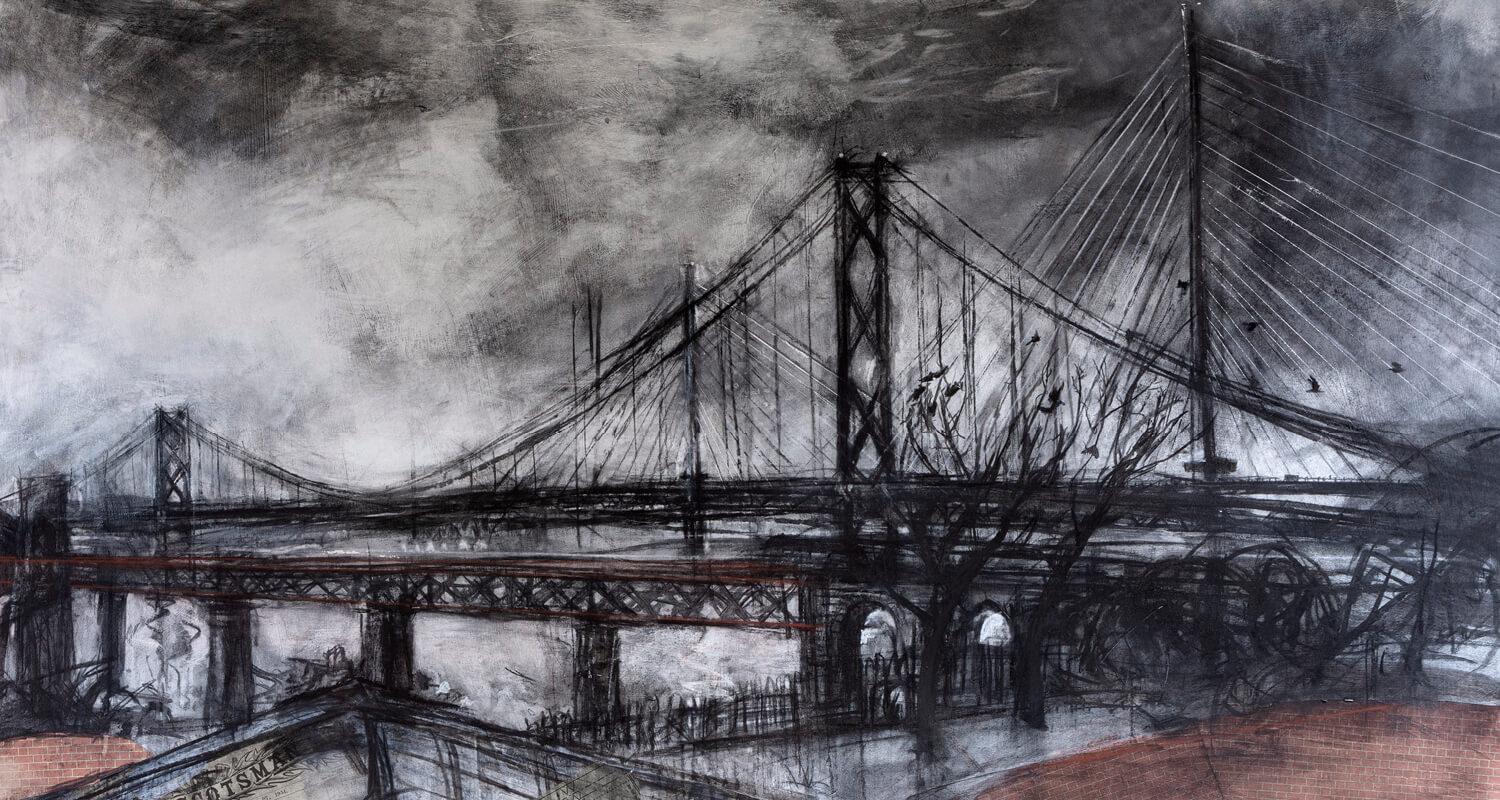 Kate Downie: The Art of Crossing

Spanning decades and Estuaries, artist Kate Downie has made central to her practice the investigation of the Art of Crossing. She discovered the Forth Bridges in 1985 for her first solo exhibition in Edinburgh, and has since created many prints, paintings and large drawings which examine not only the  extraordinary man-made structures but also the essence of human migration.

In 2014 she became Artist in Residence as a part of the celebration of the 50th Anniversary of the Forth Road Bridge. Based in her own ‘portacabin’ studio under the FRB on the Fife side, she also witnessed the very beginnings of the Queensferry Crossing. Her first drawing of the Forth Bridges in completed form is featured in the  current ’New Acquistions’ Exhibition, entitled ’Three Bridge Evening'. In this talk she will discuss the magnetism of Bridges for herself and though the eyes of other artists, and what makes them special in all their forms.  There might even be a few stories of her wilder encounters around Bridges over the past 35 years!

Kate Downie: The Art of Crossing

This event is free but booking is essential.  While we hope to run this in the City Art Centre, we may have to adapt to the situation at the time and the event may need to move to digital.