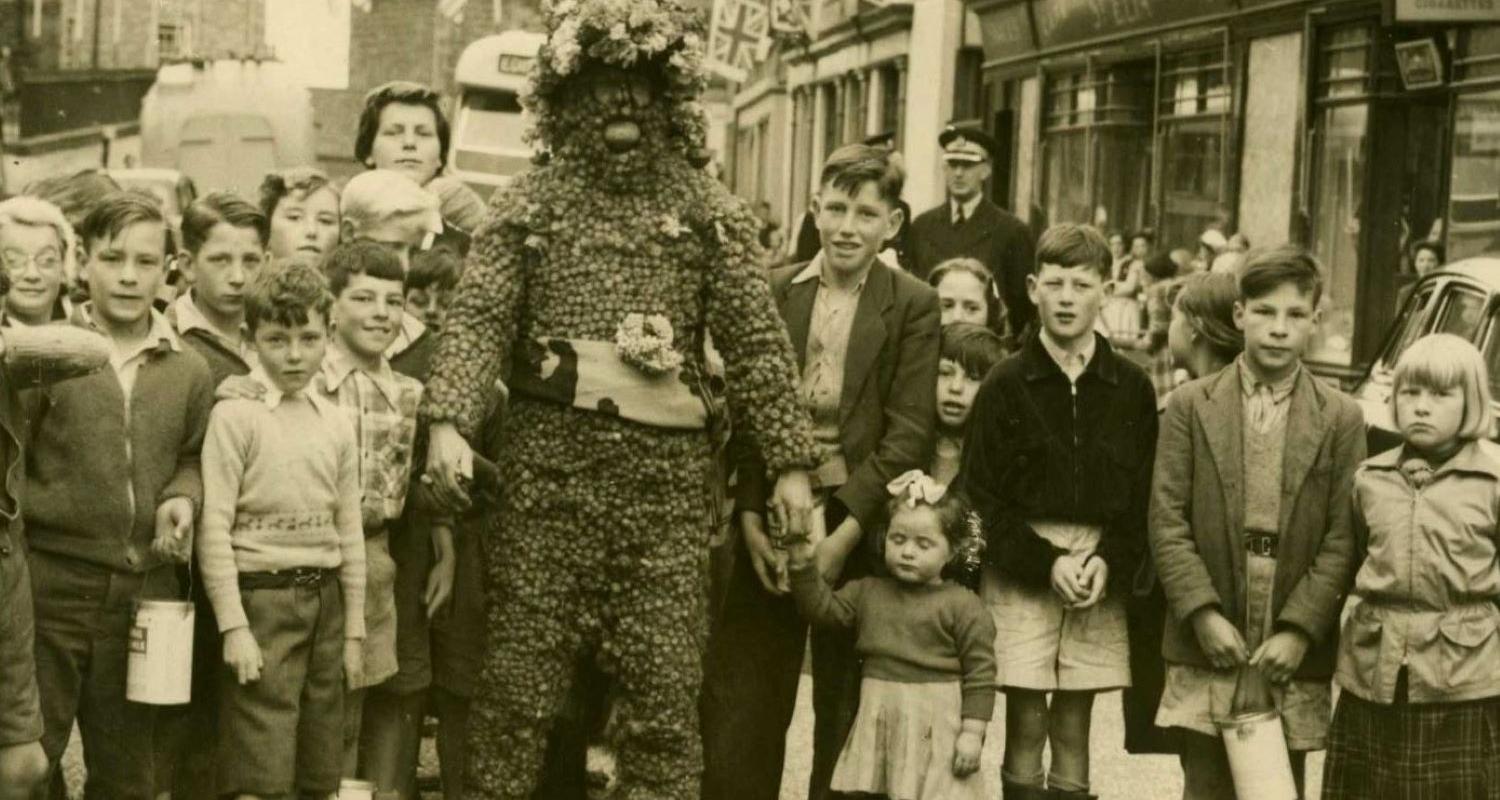 Our last Queensferry blog looked at the Ferry Fair – an annual celebration held in August in South Queensferry. In this new blog, history curator Anna MacQuarrie will look at one particular tradition that is now part of the Fair, though has a mysterious history all of its own. If you were to visit South Queensferry (or ‘The Ferry’ to those in the know) on the second Friday in August, then you might cross paths with a strange, burr-covered figure, walking through the village to cries of 'Hip hip hooray, it’s the Burryman’s day!'. But just who is this mysterious and other-worldly figure?

The strange figure emerges on the same day, at the same time, from the same place each year: 9am on the second Friday in August, from the Stag Head Hotel on the High Street. Flanked by two minders and a third person out in front with a ringing bell, leading the hip hip hooray cries, out comes The Burryman. 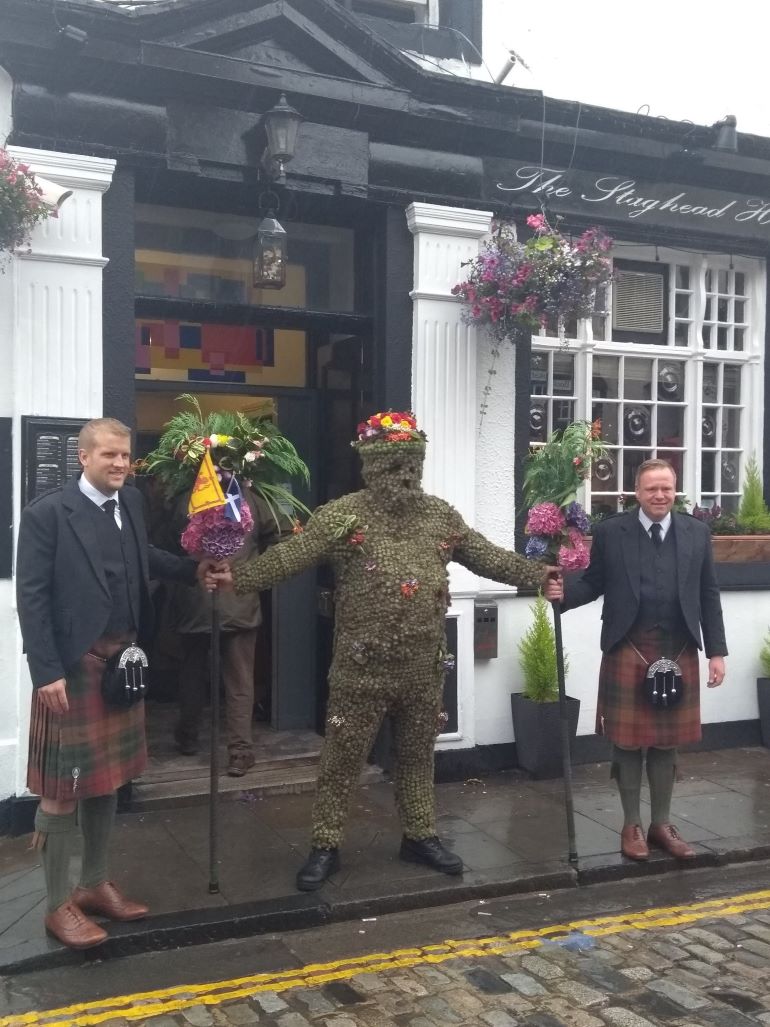 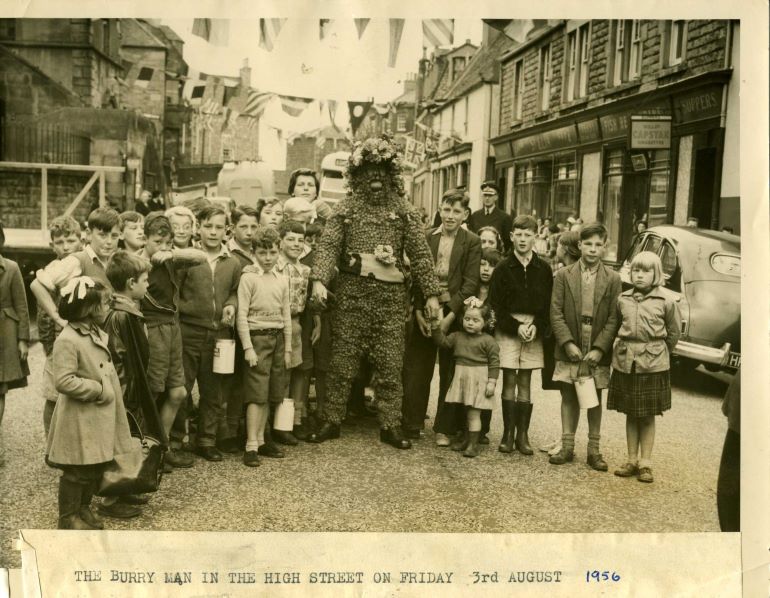 An ancient folk tradition, no one is certain how, when, or why the Burryman first came to be. There are enough archive references, and cultural memory, to know that some version of this tradition has taken place for many hundreds of years in South Queensferry. Some say he’s related to other folk traditions found across the British Isles, celebrating Harvest or the changing of the seasons. We likely won’t ever know for certain, and we think that mystery is part of his appeal.

So, what about that outfit he’s wearing? Using the natural velcro-like qualities of the burdock plant, tens of thousands of individual burrs are collected each year by the Burryman himself, and his family, to create his outfit. They are made into large sections of material, which are then attached onto a bodysuit and balaclava to create the outfit. Flowers adorn his crown (later given as a gift to a worthy member of the community) and the staffs used to help support him on his walk. It’s a privilege for any person to hold the role of the Burryman, as it is being part of the team dressing him each year. 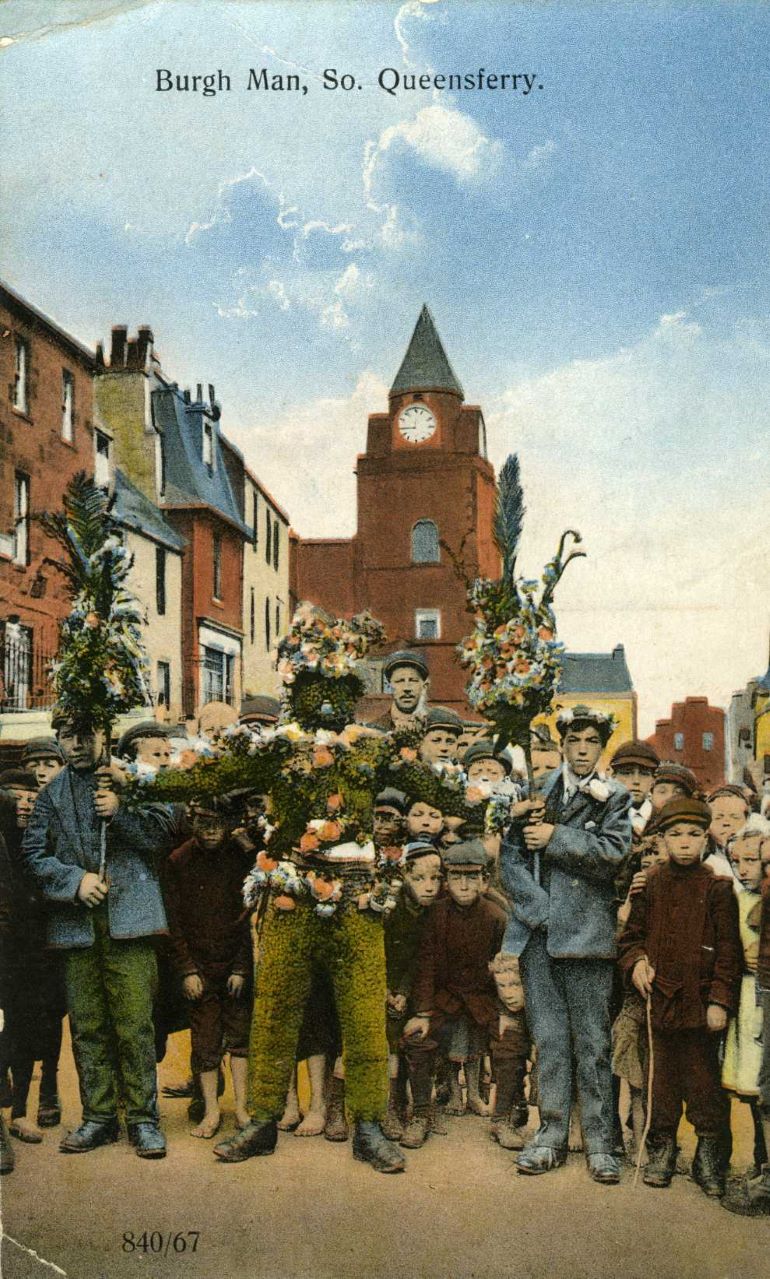 While it may seem obvious that he is perhaps named after the burrdock plant, debate has raged over the precise meaning of the Burryman's name. Some say it reflects being “a man of the Burgh”. Even whether he is the Burry Man or Burryman is debated and varies over time. As with so much to do with this tradition, we’ll probably never know for sure one way or the other.

The Burryman's tour throughout the Ferry involves stopping off at the homes and premises of important local people, receiving a dram of whisky at each stop. At around 6pm, he’ll finally finish up, back at the waterfront. It’s a long, hard day (he walks around 9 miles) but each year a lot of money is raised for charity with his entourage collecting donations from onlookers and supporters. Lots of visitors to Queensferry Museum ask about the practicalities of being the Burryman, and consuming all that liquid throughout the day. We don’t dwell on this, and let that also remain a mystery known only the Burryman himself. 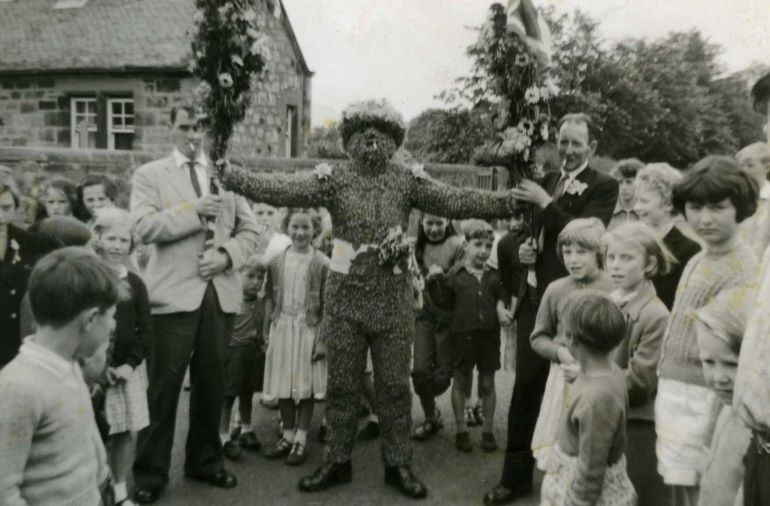 We’re really proud to help celebrate and preserve this important old tradition, with our permanent displays in Queensferry Museum all about the Ferry Fair and a life-size model of the Burryman himself on display. There is no real equivalent to seeing him in person, and experiencing one of Scotland’s most intriguing folk traditions still celebrated. While we weren't able to congregate around him last year as we usually would, we’re ready and waiting to cheer him on this year on Friday 13 August. Once more for luck: hip hip hooray, it’s the Burryman’s day! 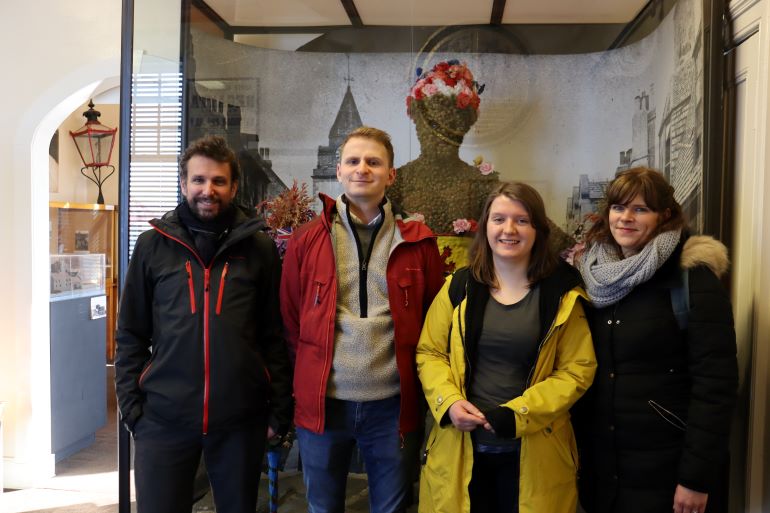 You can see more about South Queensferry from our collection online at www.capitalcollections.org.uk

You can find out more about the Ferry Fair here