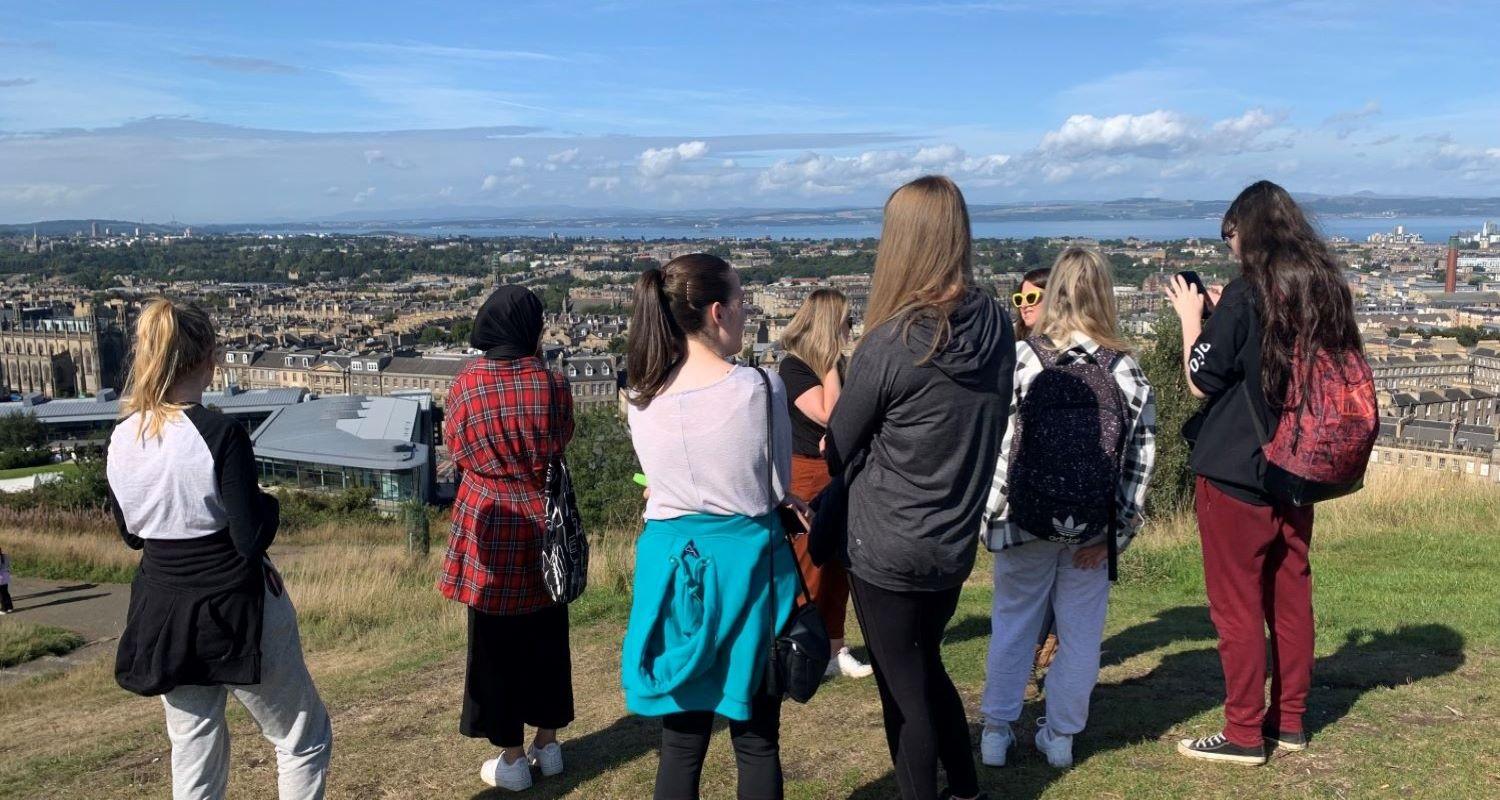 Where We Are... an outreach project with Edinburgh Young Carers and the British Museum

In 2021, Museums & Galleries Edinburgh along with Edinburgh Young Carers, was selected as a Key Partner by the British Museum to take part in their new innovative youth programme.

Where We Are… is a new national programme delivered by the British Museum and supported by the Paul Hamlyn Foundation.  From 2021-2025 the programme will work with third sector and cultural partners across the country, to develop meaningful arts and cultural projects with young people.

Between August - December 2021, we worked with 10 young people aged 18-24 who are supported by Edinburgh Young Carers and Space. Their brief was to co-create a cultural output that meant something to them and that responded to local needs.

Where to start?! Working with artist and facilitator Elena Mary Harris, the group discussed things that were important and places that were special to them. They made a group collage, mapped out places of importance and spent time out in the city discussing ideas. The group initially chose to look at popular sites in the city centre, but it soon became apparent that being in those spaces made some members of the group feel uncomfortable.

Chatting about this around a map of Edinburgh, one young person stated ‘Edinburgh is not the Royal Mile’ and the idea was born. The group wanted to show their special Edinburgh places in the city centre somehow.

The next step was to select a medium to bring their idea to life, and to hire a creative practitioner to support them to do this. We invited applications from artists and practitioners to work with the group. The young people shortlisted those applications and invited three people to make a pitch to them. They chose to work with photographer Tom Duffin who presented the idea of making a three-dimensional virtual space.

Further sessions saw the group going out to experiment with 360 degree and time lapse photography. Elena and Tom worked with the group to document each of their chosen spaces in Edinburgh, adding images and sound so that the viewer would be taken from a point on the Royal Mile to the young person’s special place.

The project culminated in a showcasing event where the young people were able to show their work at the City Art Centre and guests could view it using virtual reality headsets.

The work is now available to view online at: Where We Are - Edinburgh is NOT the Royal Mile (3dscotland.co.uk)