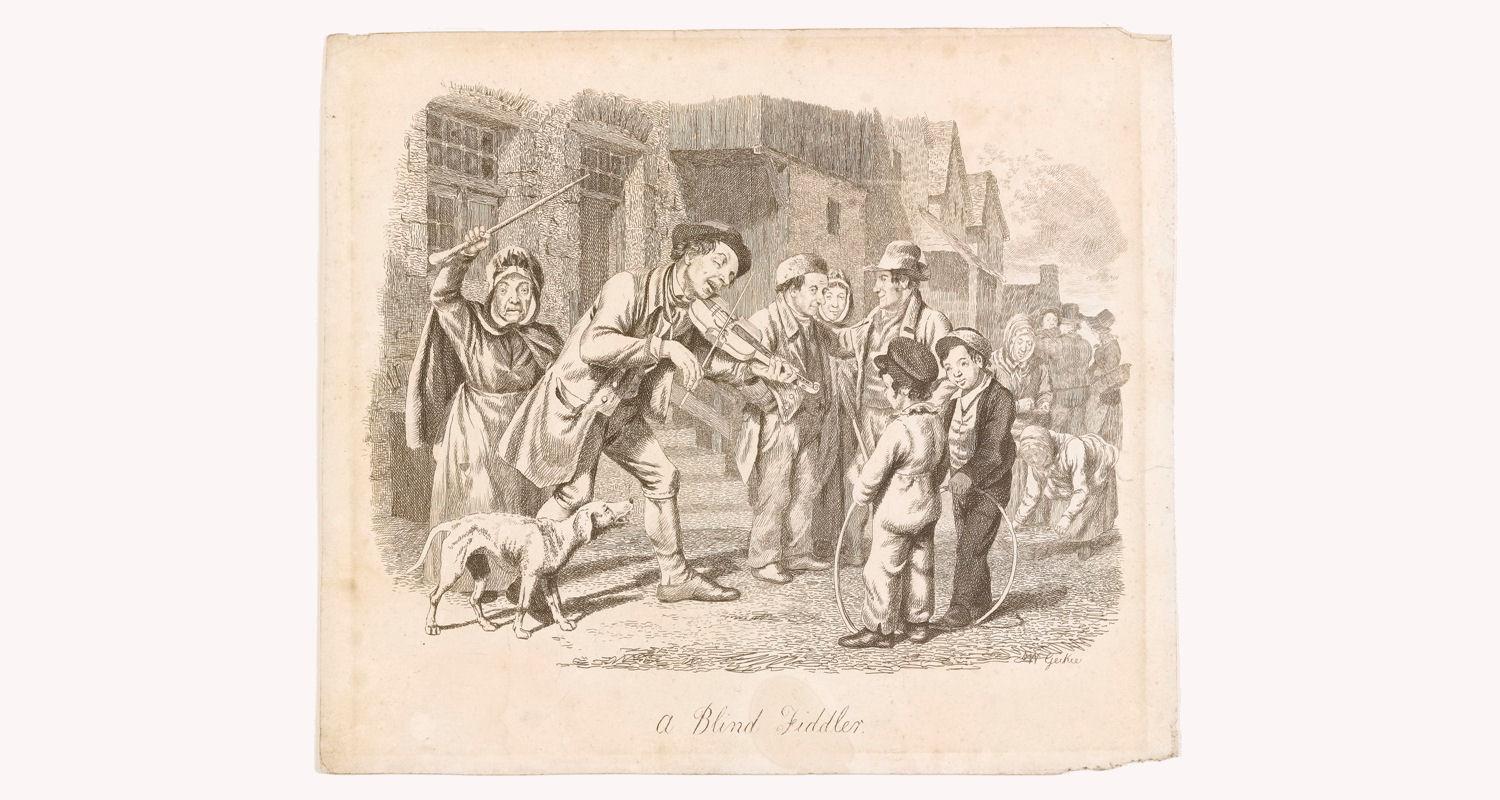 This exhibition sets out to re-evaluate one of Scotland’s significant but often overlooked 19th century talents.

Walter Geikie was one of the most unique artists working in Edinburgh in the early 19th century, but his talent and contribution is often overlooked. A fine draughtsman and skilled printmaker, Geikie’s main focus was the portrayal of the city’s poor and working classes – subjects that he approached with honesty, empathy and wit. In many ways his genre studies anticipated social realism, at a time when depictions of ordinary people tended to veer towards either lofty moralising or grotesque caricature.

While Geikie’s artistic vision was striking, his strength of character was remarkable too. As an infant he contracted a fever that left him unable to hear or speak. Yet this lifelong disability did not prevent Geikie from pursuing a successful career and ultimately becoming a member of the Scottish Academy.

Walter Geikie (1795-1837): An Artist of Character shines a light on this underrated artist. Concentrating on figurative imagery, the exhibition highlights Geikie’s mastery of expression and character. It explores some of his most enduring themes, from the revelry of fairground crowds to the quiet dignity of agricultural labour. His artistic and literary influences are examined, including the art of David Wilkie and the poetry of Robert Fergusson and Robert Burns. Although Geikie is best known for his etchings, the exhibition also features drawings and paintings, demonstrating the breadth of his practice.

This exhibition draws together artworks from the collections of the City Art Centre, Edinburgh City Libraries and the National Galleries of Scotland, including these images.

During the exhibition run, more information on the life and art of Walter Geikie will be available on Capital Collections www.capitalcollections.org.uk and Our Town Stories www.ourtownstories.co.uk