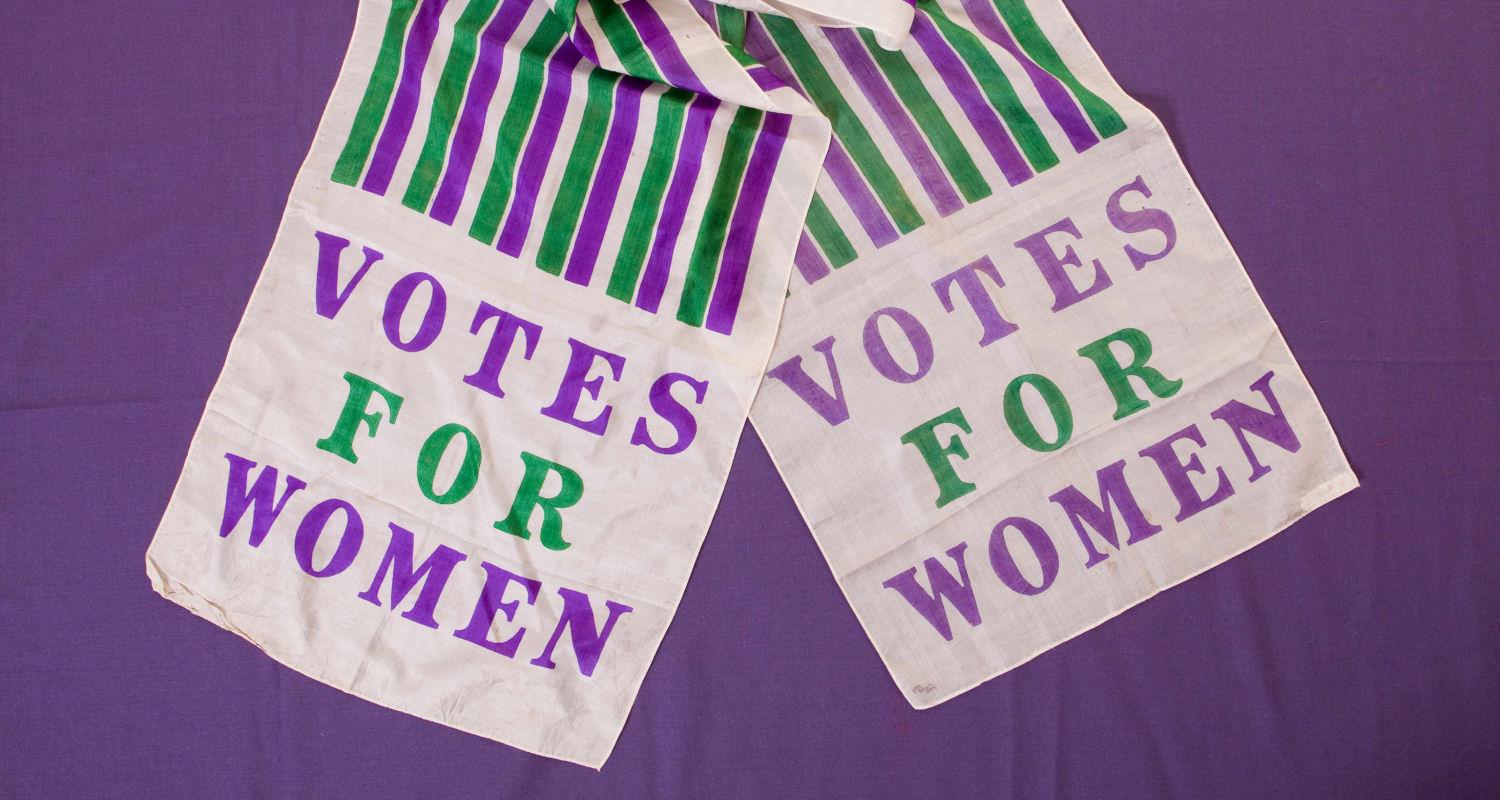 Bessie Watson, aged 9 is dressed ready to join the Women’s Franchise Procession and Demonstration in October 1909