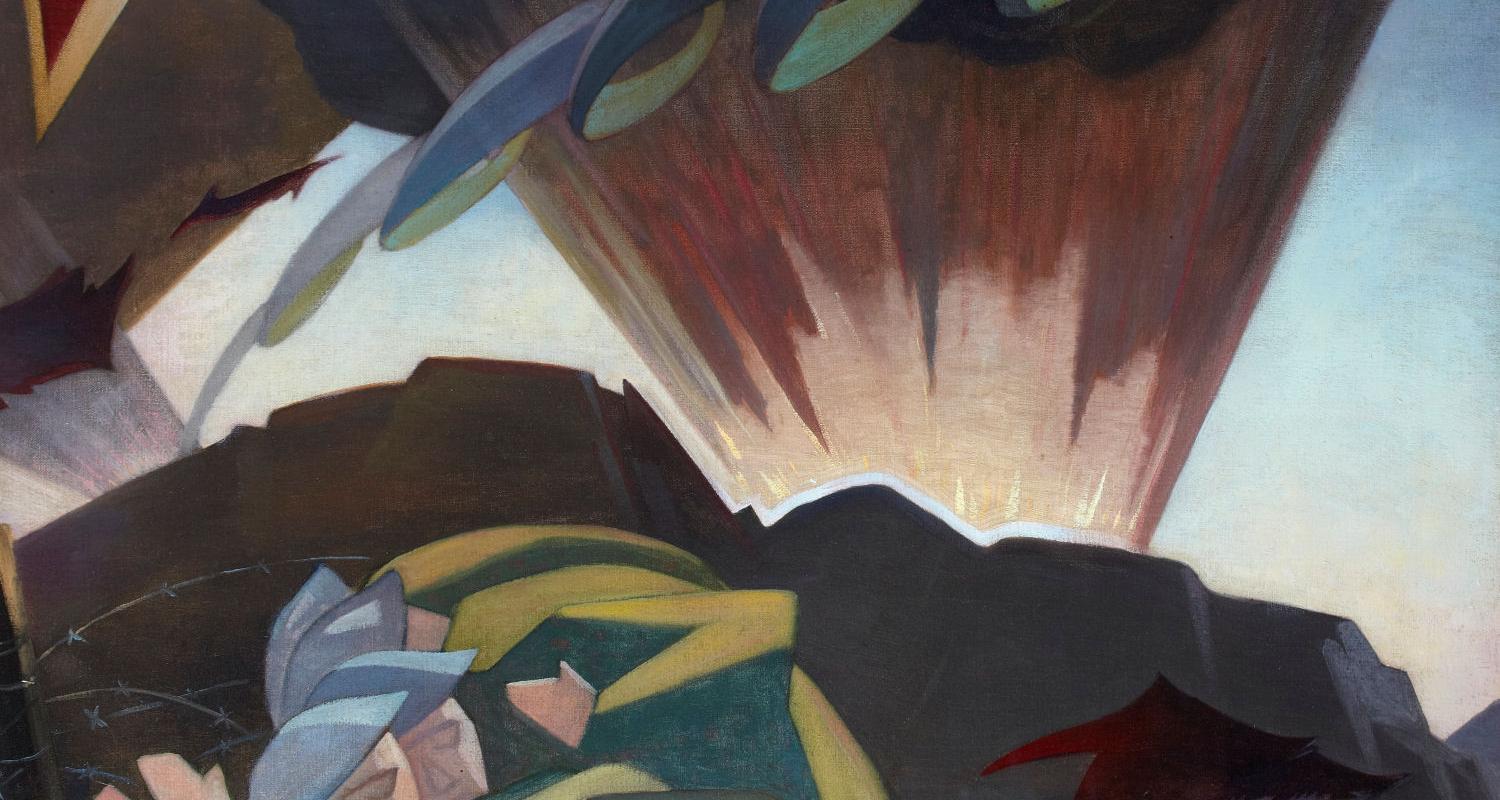 The First World War was a life-changing event for millions of people, a conflict that elicited responses in literature, music and the visual arts.

The First World War was a life-changing event for millions of people, the first conflict of a truly global nature. The scale of the war, and its personal toll for so many individuals, prompted an outpouring of responses in literature, music and the visual arts. Artists were at the forefront of this movement. They depicted the people, places and experiences of the war in official and unofficial capacities, producing formal commissions as well as more personal, private images. These artworks provide a valuable insight into the events of the war and its impact on those involved.

Picturing Conflict: Art of the First World War presents a small selection of paintings, drawings, prints and photographs. The exhibition includes artworks produced during the war and in its immediate aftermath, alongside images created in later years, which view the conflict through the lens of hindsight and memory. Featured artists include figures such as D.Y. Cameron and John Lavery, whose reputations were already well-established at the outbreak of war, and younger artists like Eric Robertson and William Johnstone, whose careers developed out of their wartime experiences. The work of several unknown makers is also displayed, giving voice to artistic responses from outwith the established art world.

Picturing Conflict is drawn from the City Art Centre’s collection of Scottish art, supplemented by loans from the wider collections of Edinburgh Museums and Galleries. The exhibition is being staged as part of the commemorations marking the centenary of the First World War.