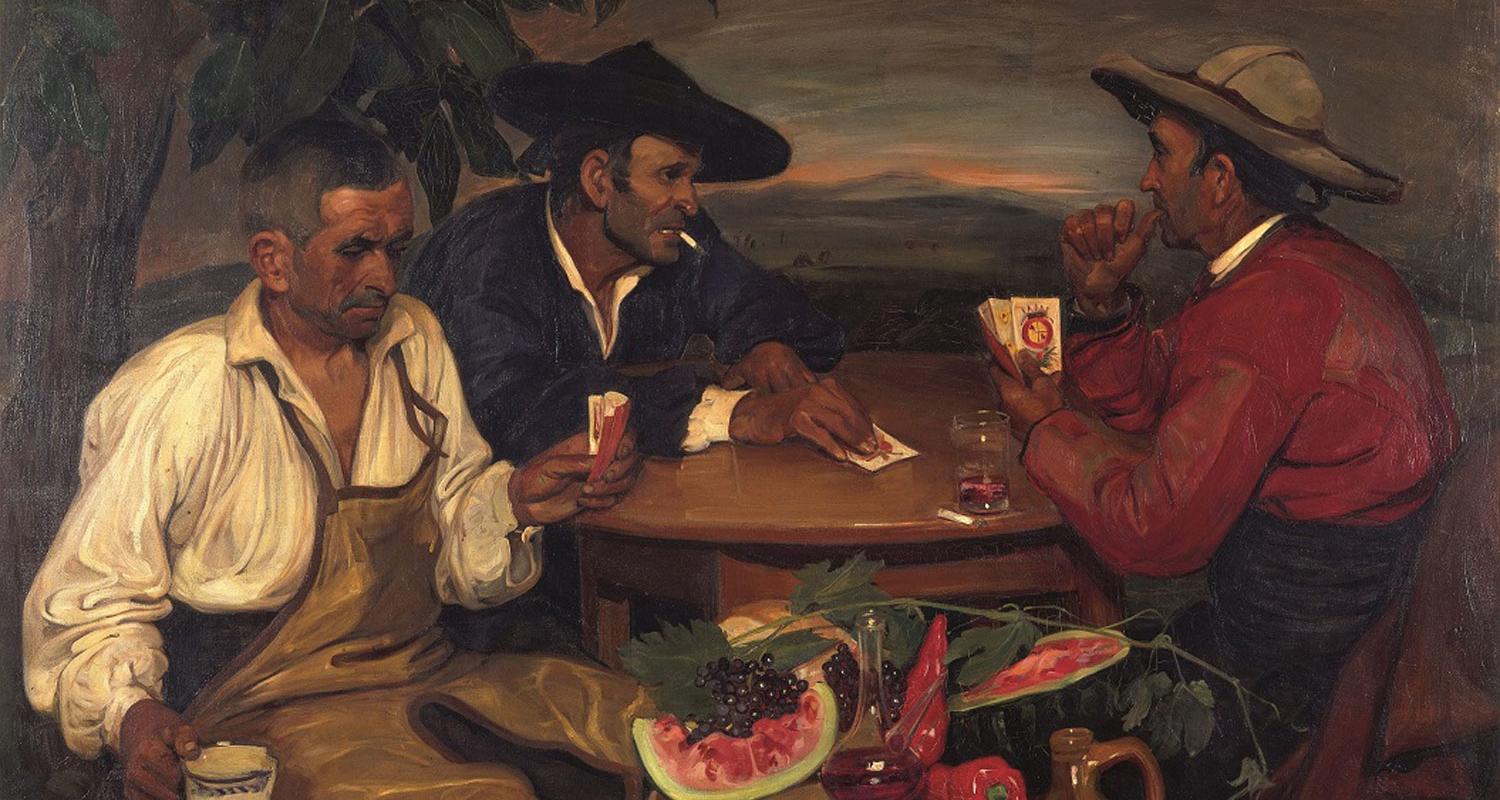 In November 2019, Edinburgh’s City Art Centre brings the Edinburgh-born artist Mary Cameron (1865-1921) back into the spotlight, displaying over forty rarely-seen artworks from public and private collections.

Mary Cameron: Life in Paint explores the life and career of a woman who was truly ahead of her time, charting her creative journey from elegant family portraits to breath-taking Spanish scenes.

Born in Portobello, Edinburgh, Cameron began her artistic career as a portraitist and genre painter in her native city, before venturing abroad to study in Paris. Foreign travel proved to be a life-long source of inspiration. In 1900 she visited Madrid for the first time, where she became captivated by the Spanish culture, people and scenery. Establishing studios in Madrid and Seville, she painted large-scale compositions of traditional peasant life, dramatic bullfights and rural landscapes.

A thoroughly modern and adventurous woman, Cameron exhibited widely during her lifetime, with her talents being admired by contemporaries such as John Lavery and Alexander Roche. However, like so many female artists of her generation, her name is little-known today. This exhibition aims to change that, with examples of her impressive work complemented by historic photographs and archival material.

The display will be the first dedicated exhibition of Cameron’s paintings since her death in 1921. It is accompanied by the forthcoming illustrated catalogue Mary Cameron: Life in Paint, written by Helen E. Scott and published by Sansom & Co.

Councillor Donald Wilson, Edinburgh’s Convener of Culture and Communities said: “I’m delighted that the City Art Centre is able to showcase this fantastic exhibition of the rarely seen works of Mary Cameron. It’s incredible to think this is the first exhibition dedicated to her since her passing in 1921. “Life in Paint” will take visitors through her creative journey from starting out in Portobello to international travel. Not only will it be an opportunity to celebrate her work, it is also a chance for people to learn about the artist herself and the important role she played in Scottish artworld history and the positive strides she made for women.”

Curator Dr Helen Scott said: “This is a really exciting opportunity to showcase a female Scottish artist whose work will be new to most people. During Mary Cameron’s lifetime she was fairly well-known. Today, however, her name is scarcely recognised, let alone celebrated.

As a female painter practicing in the late 19th and early 20th centuries, Cameron faced many obstacles in pursuing her ambition to become a professional artist. Women of her generation had far fewer training opportunities than their male peers, and they often encountered discrimination when exhibiting, selling and promoting their art. They had to work doubly hard to succeed as artists and gain recognition. Even when they managed to establish themselves, their posthumous legacies were often eclipsed by the reputations of their more famous male counterparts. Over the years, many of these women have slipped into obscurity and been virtually forgotten.

Mary Cameron was one of those who helped to lay the foundations for greater gender equality in the Scottish art world, and I think it’s so important that we celebrate her contribution.”

The City Art Centre is one of Edinburgh’s main public art galleries. It is owned and managed by the City of Edinburgh Council. It is home to the City’s collection of historic and contemporary Scottish art, one of the best in the country. The gallery hosts a vibrant programme of exhibitions from its collection and by contemporary local, national and international artists and makers.