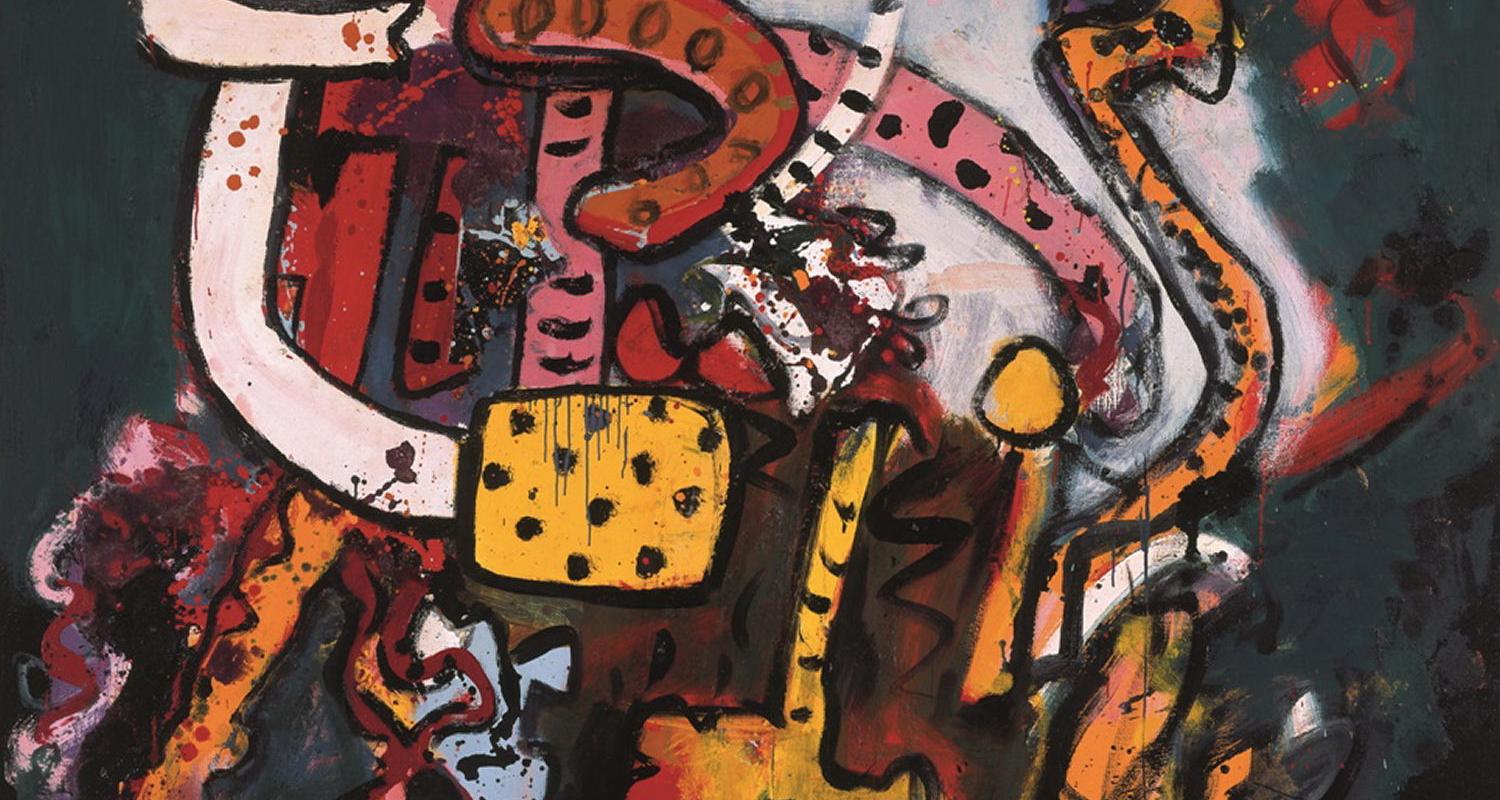 The abstract painter William Gear was a significant 20th century British artist with an international reputation, but he was not an isolated maverick.

He was part of an extraordinary generation of artists who emerged from the trauma of WWII, rebelling against traditional artistic conventions to explore radical new ways of understanding and visualising the world.

Jagged Generation: William Gear’s Contemporaries and Influences presents a selection of artworks from the City Art Centre’s collection, chosen to complement William Gear (1915-1997): The painter that Britain forgot. The exhibition focuses on the dynamic circle of Scottish artists associated with Gear – his tutors, friends and contemporaries.

Born into a Fife mining community, Gear studied at Edinburgh College of Art during the 1930s. There he was taught by figures such as William Gillies, John Maxwell and S.J. Peploe, whose influences he both absorbed and reacted against. Gear also met like-minded fellow students including Wilhelmina Barns-Graham, Margaret Mellis and Alan Davie, each of whom ultimately made their own innovative contributions to the post-war art scene.

After graduation, Gear spent most of his career outside Scotland, establishing himself on the Continent as a member of the CoBrA group, before settling in England in 1950. Yet he retained many Scottish ties and friendships, and his career path continued to overlap with that of compatriots such as Robert Colquhoun, Robert MacBryde and William Johnstone.

Jagged Generation showcases Gear’s work within this wider Scottish context, shedding light on his personal and professional relationships, as well as his artistic development.