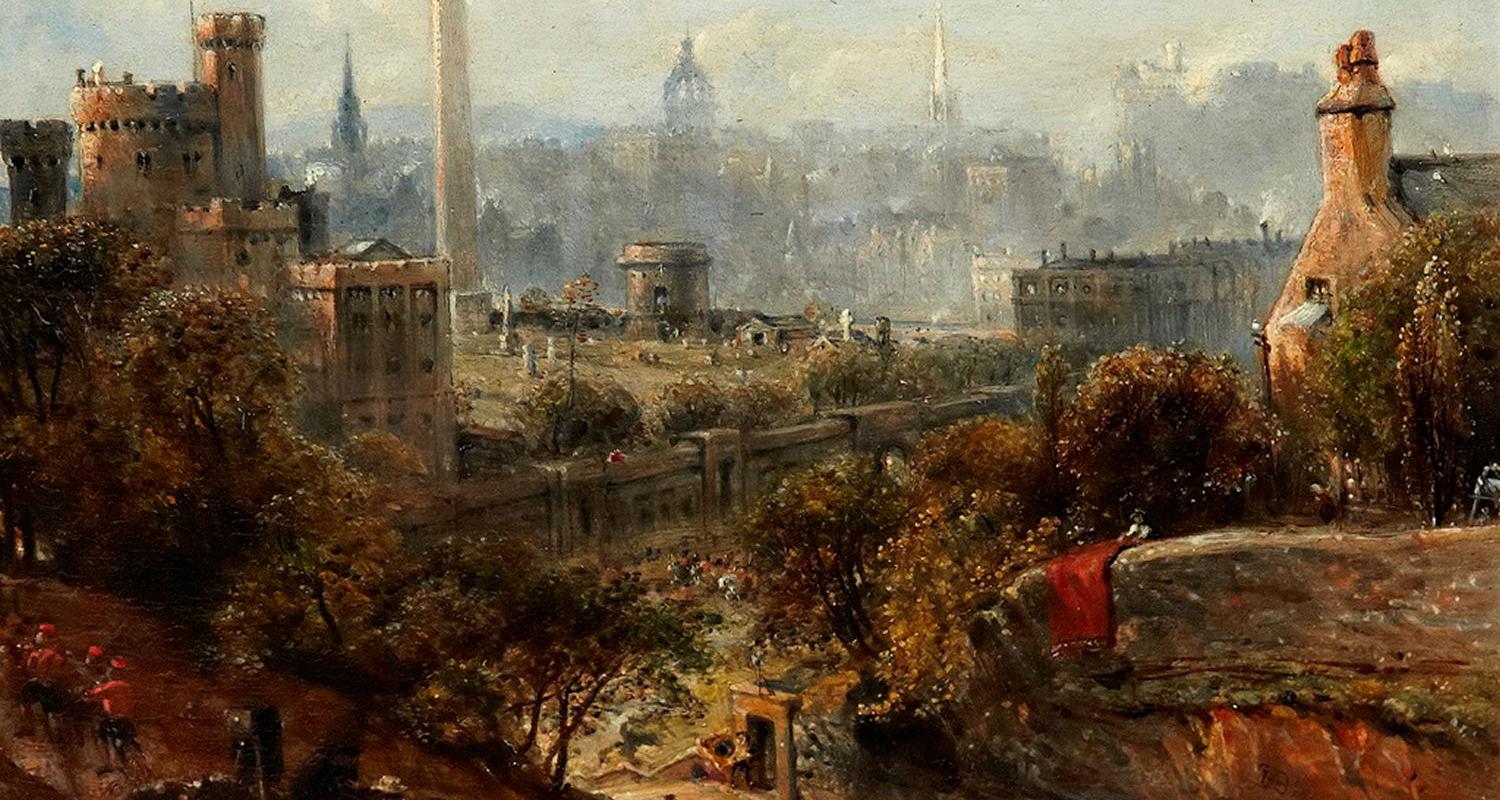 This exhibition brings together a selection of views of and from Calton Hill from the City Art Centre’s collection in the context of the recent acquisition of three new prints by Ruth Ewan donated by Outset Scotland.

Monday to Saturday 10am - 5pm; Sunday 12pm - 5pmWho is this for? - All
Dates: 8 November 2014 - 18 January 2015
Cost: Free
Edinburgh, the Athens of the North, has seven hills like Rome. Of these, Calton Hill is one of the most central and one of the most climbed, offering a magnificent view of the city and its surroundings.

One of the attractions of Calton Hill is its profusion of monuments and buildings, including the uncompleted replica of the Parthenon erected as a monument to the dead of the Napoleonic Wars and the inverted telescope of the Nelson Monument. Others commemorate Dugald Stewart, Robert Burns, John Playfair and the Political Martyrs.

Calton Hill has provided a rich seam for artists to mine over the years, featuring in works in a variety of media, either in the background or as a more conscious focal point. One of the city’s best known pictures is Ewbank’s view of the visit of George IV to Edinburgh in 1822, as seen from Calton Hill. Barker’s late 18th century panorama also shows the city as seen from this vantage point.

The commission was funded by Outset Scotland, who bring private individuals and corporate partners together to fund contemporary art activity in Scotland, and who have generously donated these prints to the City Art Centre.