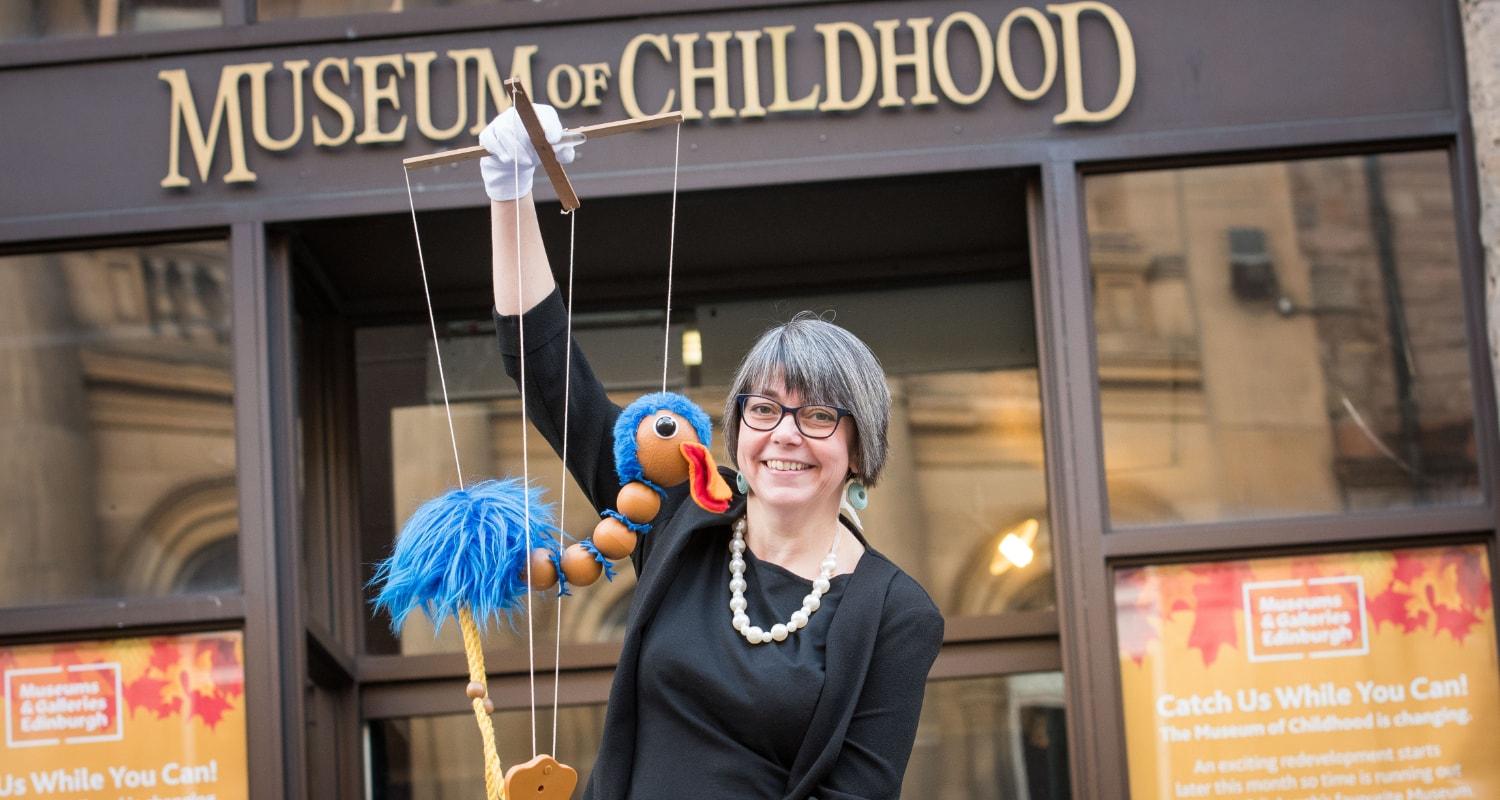 Moving Out: Museum of Childhood Prepare for Refurbishment

Curators have been packing away hundreds of artefacts, including dolls, toy cars and an Emu Puppet (pictured), as the Museum of Childhood closes for refurbishment.

Opened in 1955 as the world’s first museum dedicated to the history of childhood, the star attraction relocated to its current position on the Royal Mile, in 1957 to accommodate the growing collection, and in 1986 the Museum expanded again into adjacent buildings.

In what is to be the first large scale change to the Museum for 30 years, the five-month refurbishment will see new cases, floors and lights installed and objects displayed that have not been seen in the Museum before.

The ground floor of the Museum will be opened into an interactive space, with dedicated zones focusing on memories of life at home, in school and at play. An area for film and a digital photo album will also be launched, focusing on how children have grown up in Edinburgh over the decades.

Councillor Donald Wilson, Culture and Communities Convener, said: “With over 225,000 visitors every year, the Museum is one of Edinburgh’s flagship venues. From dinky cars and teddy bears to school books and first shoes, the Museum boasts an impressive collection of more than 60,000 objects reflecting childhoods from the 18th century to the present day. This refurbishment will allow us to re-display some of these items, and tell the story of childhood in new ways.

“The result will be a new, open space for children and adults to explore, learn and play; with new interactive elements, hands-on history and film. We are hugely grateful to Museums Galleries Scotland and the Friends of Edinburgh City Art Centre and Museums for contributing towards funding required for this redevelopment and look forward to opening again in March 2018.”

Gillian Findlay, Curatorial and Engagement Manager for Museums & Galleries Edinburgh, added: “The ground floor will be laid out very differently to the current space. Most of the objects in the current gallery have been on display for many years and now need a rest so they can be preserved for future generations. We will create a number of new and smaller displays, so that visitors can be more hands-on with history.”

The refurbishment is being led by Leith-based design practice, Studioarc, which aims to create a playful space for visitors.

Lyndsey Bowditch, Director of Studioarc, said: “As a listed 18th century building on the Royal Mile, Edinburgh’s Museum of Childhood is an exceptional space in itself. For years people have wandered through its many floors, gazing into cases crammed full of memories of childhood, but this refurbishment is an opportunity to broaden the venue’s appeal to a modern audience.

"We want to retain that wonderful element of nostalgia and the joy of exploring the Museum as visitors take a journey through childhood - but we are stripping it back, creating an open, fresh ground floor to give the amazing objects a proper space to shine. Studioarc’s design aims to promote playfulness, and to appeal to the curious child in all of us. We are delighted to be working on such a unique project with such broad appeal.”

The Museum will re-open in March 2018, and is a major event in the Council Museum Service’s programme for the Scottish Government’s themed Year of Young People.