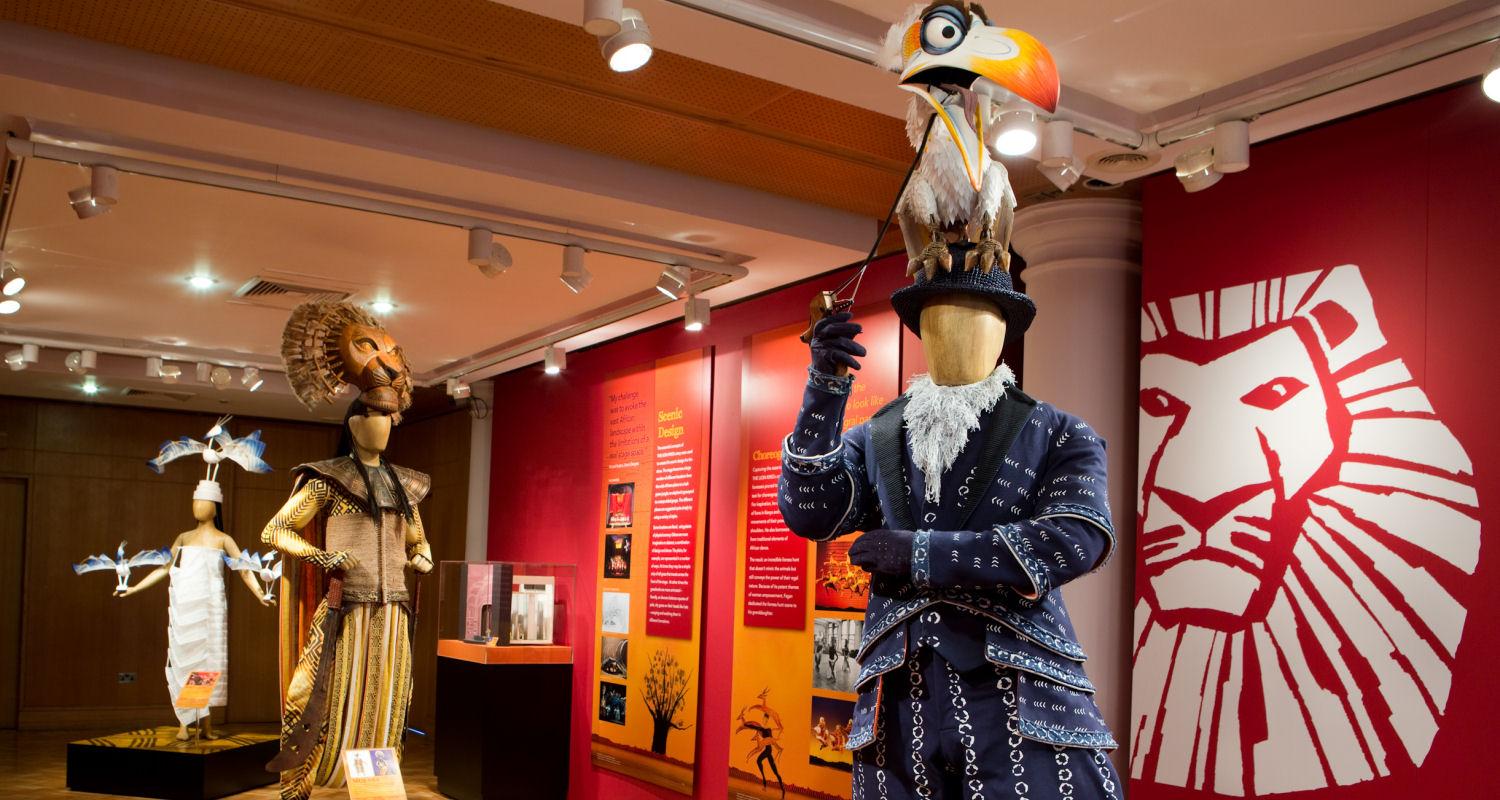 EXPLORING THE LION KING is a unique exhibition which reveals the inspiration and evolution behind Disney’s ground-breaking, award-winning musical THE LION KING.

Incorporating many of the now iconic costumes, masks and puppets, this interactive exhibition will give visitors the opportunity to discover - through sketches, original models, film and photography - how acclaimed director and designer Julie Taymor, along with the rest of the show’s creative team, conceived and created this acclaimed production.

Timed to coincide with the musical’s Scottish premiere season at the Edinburgh Playhouse, this innovative exhibition, featuring interactive video touch screens, will reveal the craftsmanship behind THE LION KING and will include complete costumes from the production, original set models, sketches and maquettes (miniature models), and behind-the-scenes interviews - allowing the visitor to see the show’s intricate design and detail up-close.

Julie Taymor, a director and designer of theatre, opera and film, has achieved worldwide acclaim for her production of THE LION KING, which combines performers, masks, puppetry, ritual and large theatrical landscapes. She was entrusted by

[75] Disney Theatrical Productions to transform the beloved 1994 animated feature film into a stage musical drawing upon her vast and varied experience of myriad theatrical styles and cultures, most prominently African tribal design and masks and Balinese puppetry and movement.

Disney’s THE LION KING has been seen by over 70 million people in 18 different countries and in eight different languages. In addition to the sold-out UK tour, the production can currently be seen in London, New York, Tokyo, Hamburg, Madrid, Sao Paulo and on tours of North America and Japan. A new production will open in Sydney in December.

Article in the Edinburgh Reporter.