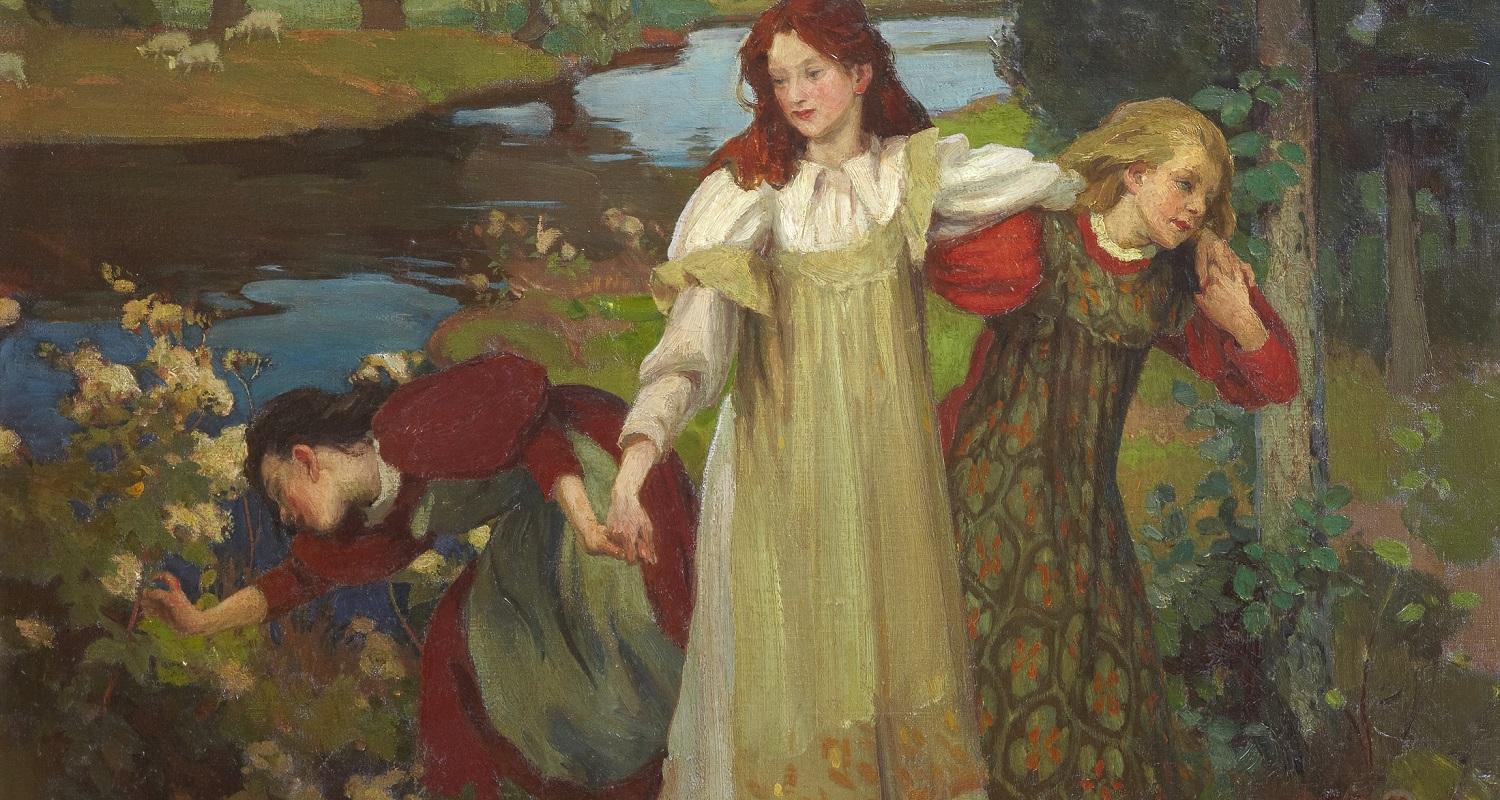 This May, Edinburgh’s City Art Centre presents the first major exhibition in nearly a century dedicated to the Scottish painter and printmaker Charles Hodge Mackie (1862-1920), one of the most versatile artists of his generation.

Charles H. Mackie: Colour and Light is a major new exhibition that sets out to re-evaluate Mackie’s significance and contribution. Timed to coincide with the centenary of the artist’s death, it charts the progress of his career and creative development, from the rural Scottish landscapes of his youth to his spectacular late Venetian scenes. The retrospective brings together over fifty artworks from public and private collections, including loans from the National Galleries of Scotland, the Royal Scottish Academy of Art & Architecture and Perth Museum & Art Gallery. Showcasing the breadth of Mackie’s creative vision and talents, it is the most comprehensive public display of his work in almost a century.

Born in Aldershot and brought up in Edinburgh, Mackie trained at the Trustees Academy School of Art. He remained based in Edinburgh throughout his career, although he travelled often and embraced an international outlook. As a mature artist, he worked across an impressive range of media, not only producing oil paintings and watercolours, but also murals, woodblock prints, book illustrations and sculpture. His influences were similarly diverse, drawing inspiration from French Symbolism, the Celtic Revival movement and the landscapes of his European travels.

Mackie was well-connected and respected in contemporary artistic circles. He was close friends with E.A. Hornel and other members of the Glasgow Boys, and he met Paul Gauguin, Édouard Vuillard and the Nabis while working in France. In the 1890s he was commissioned by Patrick Geddes to produce murals for Ramsay Garden in Edinburgh’s Old Town, as well as illustrations for the pioneering journal The Evergreen. In later years, Mackie spent time in Yorkshire, where he joined local artists groups and provided support and tuition to the young Laura Knight. He was a founding member and Chairman of the Society of Scottish Artists, and was elected to the Royal Scottish Academy in 1917. He exhibited his work widely, both in Scotland and further afield. However, despite his many achievements, he has always been treated as a peripheral figure in the story of Scottish art.

Curator Dr Helen Scott said: “This exhibition is the culmination of many years of detective work. We’ve been able to reunite finished paintings with their preparatory studies, giving insights into Mackie’s working methods, and we’ve also been able to explore the ways in which he pursued key themes across different types of media – shifting from oils and watercolours to printmaking and back again.

“Highlights of the exhibition include several paintings that have recently undergone conservation treatment, such as Artis Ancilla, a large-scale composition of a nude reclining in the artist’s studio, which is part of the City Art Centre’s own fine art collection. Also featured on display is Deux Ouvrieres dans l'Atelier de Couture (Two Seamstresses in the Workroom) by Édouard Vuillard, a small oil painting gifted to Mackie by Vuillard, which is now owned by the National Galleries of Scotland. All in all, the exhibition is a wonderful, rare opportunity to celebrate Mackie’s life, connections and achievements.”

Mackie biographer and researcher Pat Clark said: “This exhibition is the first major public retrospective since the artist’s Memorial Exhibition in 1921. Charles H. Mackie RSA RSW was a well-respected artist in his day and well-connected in artistic circles in France and Scotland. The works on display trace his development and responses to the places he visited and the people he met. The exhibition will draw together all the stages of Mackie’s life and career, from early Scottish landscapes in Kirkcudbright to the magnificent large-scale oils executed in Venice. Colour and Light will be a long-overdue tribute to one of Scotland’s outstanding and unjustly neglected artists. The exhibition will showcase this achievement. It will bring me untold joy to share my passion for Mackie’s art with those who visit the City Art Centre between May and October.”

Councillor Donald Wilson, Edinburgh’s Convener of Culture and Communities said: “As we mark the centenary of Charles Mackie’s death, we are very proud to host this major study of his work in the City Art Centre. Bringing together over 50 artworks it promises to be a significant tribute to one of Edinburgh’s own. I’m sure ‘Colour and Light’ will captivate many visitors as well as inspire them through the accompanying programme of events and activities.”