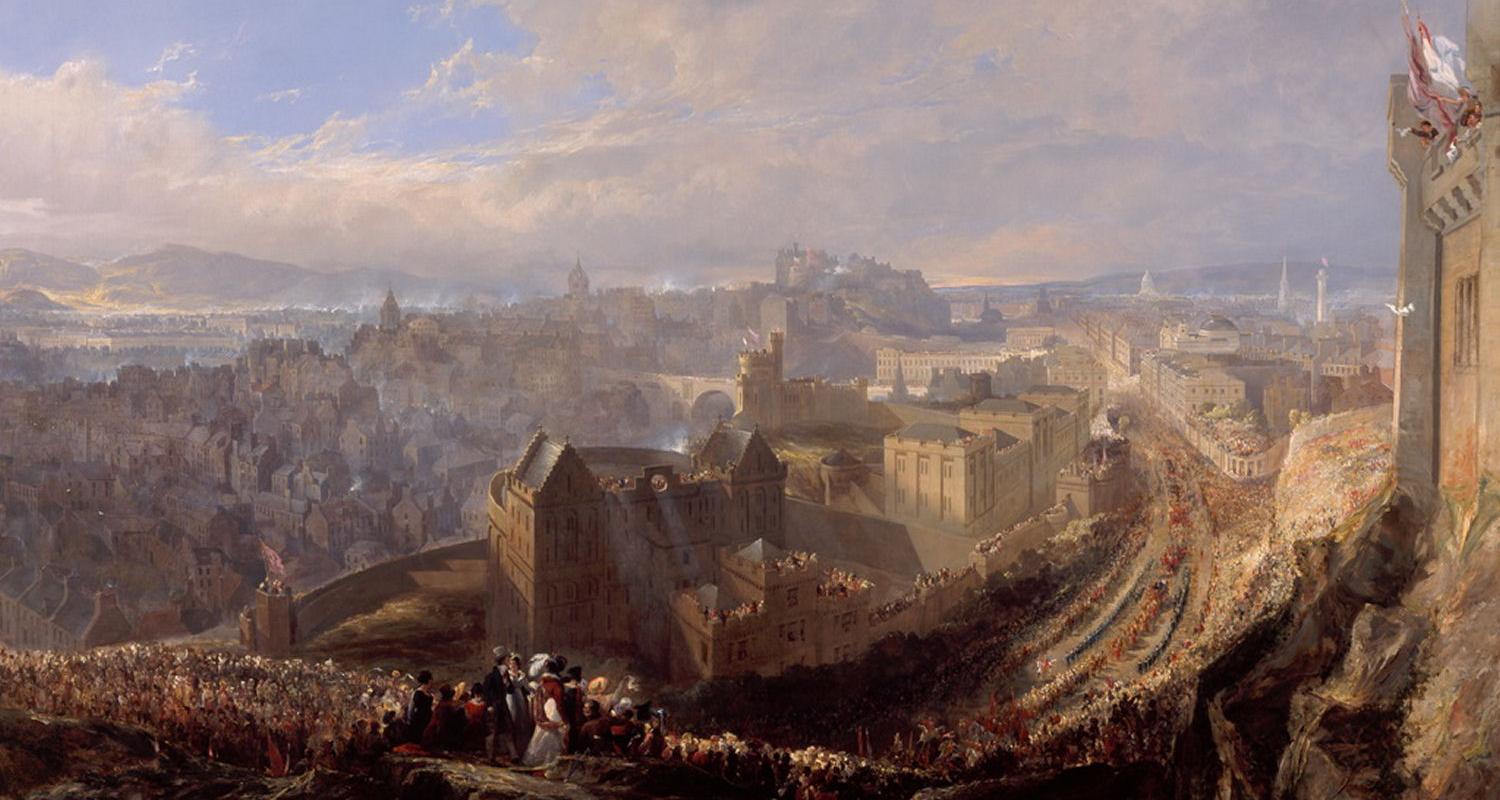 A Capital View - the Art of Edinburgh

The Entry of George IV into Edinburgh from the Calton Hill by John Wilson Ewbank.

Riots, sieges, executions, and coronations – Scotland’s capital city, so often at the very heart of Scottish affairs, has had a turbulent and eventful history.

Who is this for? - All
Dates: 10 May 2014 - 6 July 2014
Cost: Free
Having been granted its original charter by David I in the mid 12th century, for centuries thereafter the city was confined to the ‘crag and tail’ ridge running eastwards from the Castle rock. It was only in the 18th century that the city broke from its medieval confinement, and in doing so achieved for Edinburgh a permanent place among the world’s most beautiful cities.

This significant exhibition traces the growth and development of the City, seen through the eyes of painters, printmakers and sculptors. From early prospects showing rows of humble dwellings densely clustered around the ‘Royal Mile’, the exhibition traces the expansion of Edinburgh through times of great intellectual advance and periods of social upheaval.

Among the earliest views are works by a French artist, William Delacour, Paul Sandby and John Clerk of Eldin. They depict scenes which had not changed significantly since medieval times. Alexander Nasmyth captured the City during the golden age of the Scottish Enlightenment. Sir Henry Raeburn painted many of the influential figures of the same period. By contrast, artists such as James Howe, John Kay and Charles Doyle portrayed the town’s ‘ordinary folk’ at work and at play.

The exhibition includes portraits of leading civic figures, landowners, pioneers and performers as well as city porters and street traders. Notable 20th artists such as Sir John Lavery, Dorothy Johnstone and John Houston are all represented alongside works by those not so well known. Brought together for the first time, they reveal a unique, multi faceted view of Edinburgh’s story.

A Capital View complements a major new publication based on the City’s art collection, written by Alyssa Popiel and published by Birlinn. The book is available for sale in the City Art Centre shop, priced at £14.99 for the paperback or £25 for the hardback.  We can also send copies by mail order (additional charges apply) - for more details or to make a purchase please call 0131 529 3993