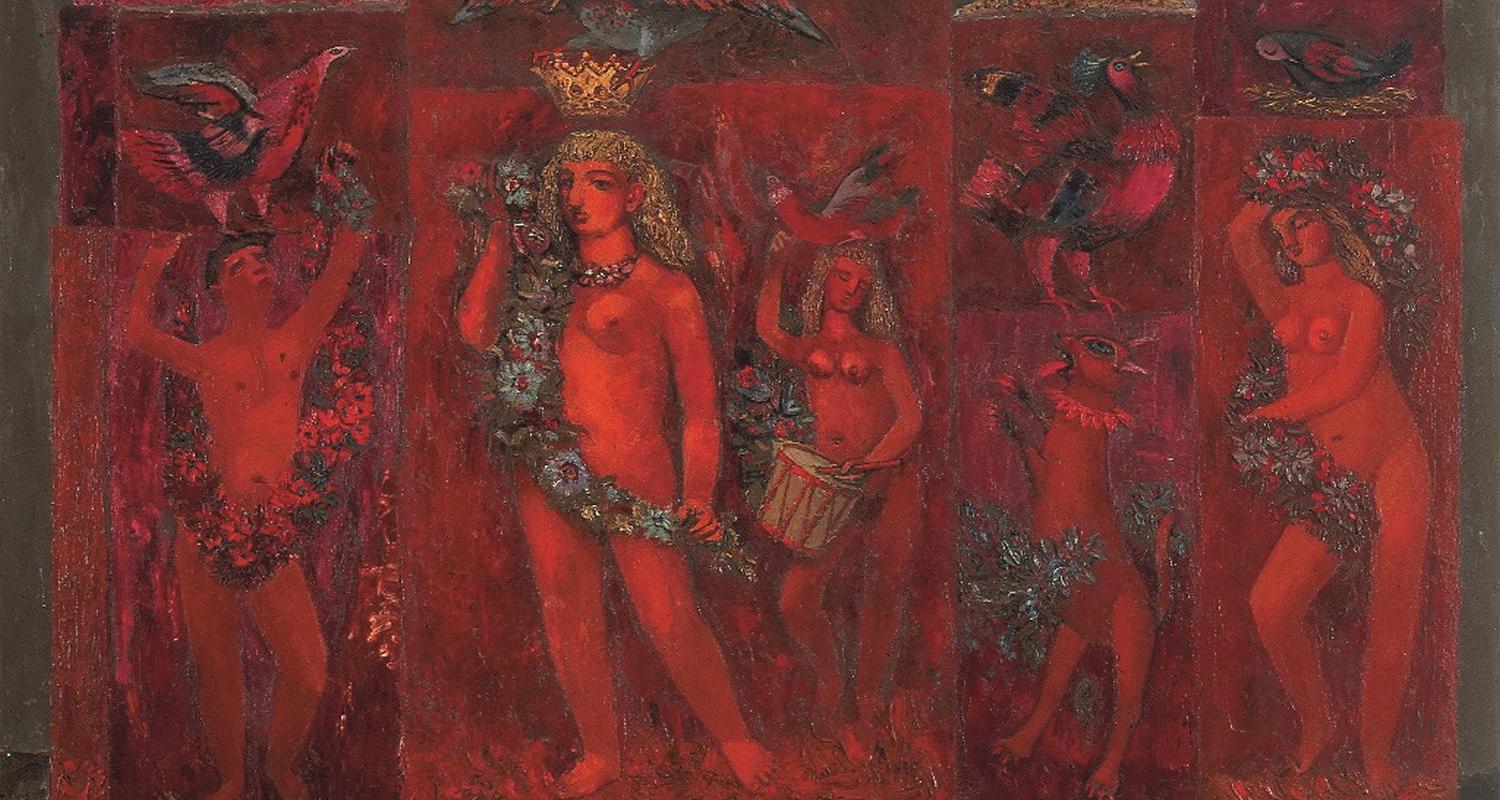 John Maxwell, The Trellis, 1951, courtesy of the Maxwell family.

William Gillies and John Maxwell were among the most significant and distinctive Scottish artists of the 20th century.

Gillies is best known for his tonal landscapes, spontaneous watercolours and carefully constructed still lifes, while Maxwell is remembered for his expressive, dream-like depictions of creatures, flowers and timeless nudes. The two artists pursued differing approaches in their work, and had contrasting personalities, but remained life-long friends.

Gillies and Maxwell met at Edinburgh College of Art in the early 1920s. After completing their studies both received travelling scholarships, which enabled them to live and work in Paris and encounter avant-garde movements like Post-Impressionism and Cubism. As they matured they developed in different creative directions. Yet their lives continued to interweave as they travelled, exhibited and socialised together. Both joined the staff at Edinburgh College of Art, and while Gillies’ teaching career was longer than Maxwell’s, each of them proved to be a considerable influence on the next generation of Scottish painters.

William Gillies & John Maxwell traces the careers of these two artists, exploring the parallel development of their work and their enduring friendship. It showcases some of their finest drawings and paintings, including the Fletcher Collection, a group of 43 artworks that has been on long-term loan to the City Art Centre since 1995. This is the first time in over twenty years that the Collection has been displayed together in its entirety.

The 50 best shows to see at the 2016 Edinburgh Festival