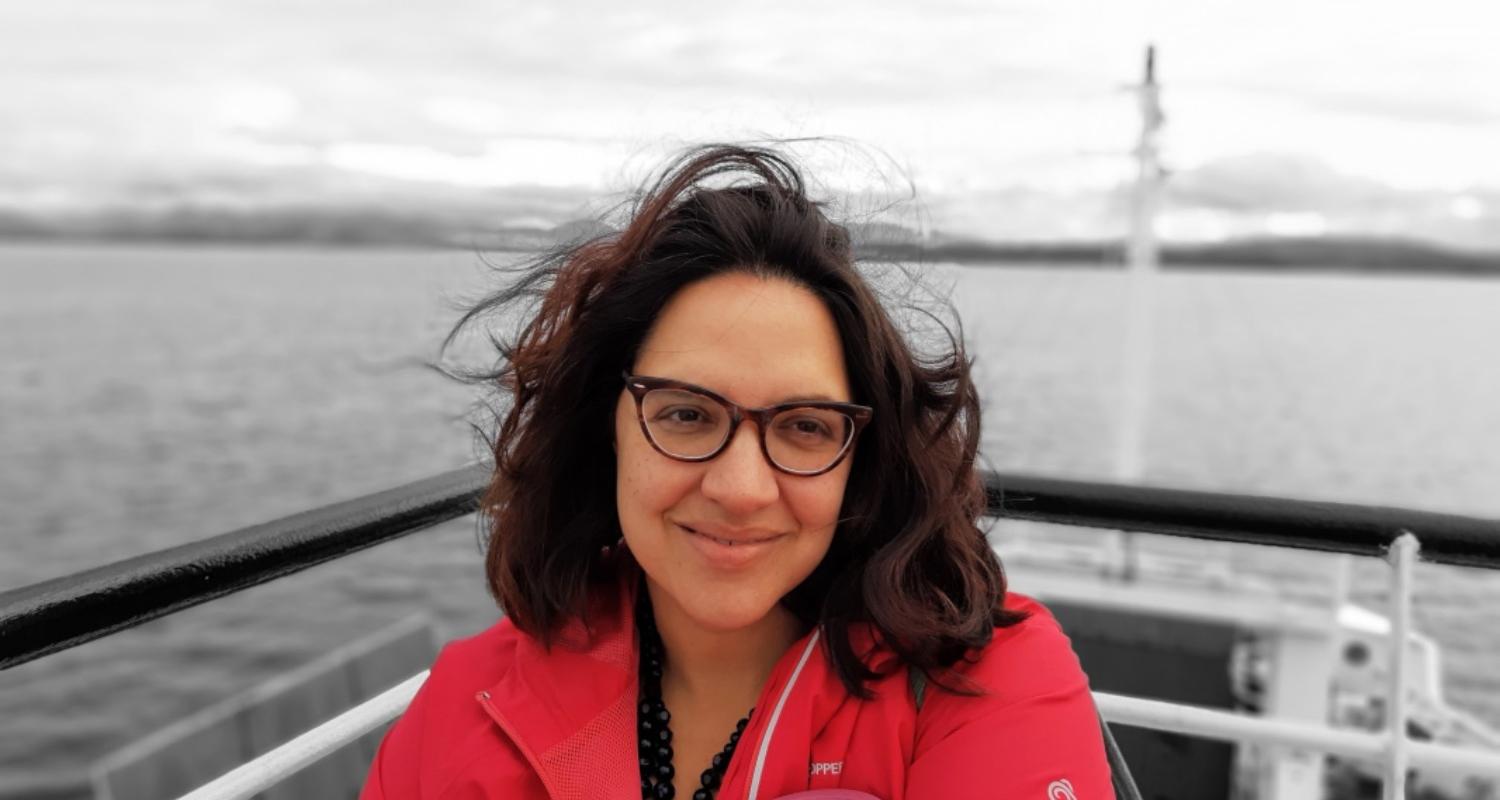 Born and raised in the Edinburgh, Hannah is a highly respected poet and playwright whose work has been published widely. Hannah’s poem, 'Scotland, You’re no mine' was selected by Roseanne Watt as one of the Best Scottish Poems of 2019, her poetry film, 'Thirteen Fragments' featured as part of the Royal Society of Edinburgh’s Curious Festival this year and she it will feature as part of a longer work for Push the Boat Out Festival in Edinburgh, this October.

The Drift, her autobiographical lyric play, toured Scotland as part of the National Theatre of Scotland’s Season 2019.

In 2020, she was awarded a New Playwrights' Award by the Playwrights Studio Scotland and selected by Owen Sheers’ as one of his Ten Writers Asking Questions That Will Shape Our Future for the International Literature Showcase, a project from the National Writing Centre and the British Council. She was also selected as one of the Scottish Voices for the BBC Writers’ Room.

Hannah is one of Imaginate's Accelerator Artists and an Associate Artist with the National Theatre of Scotland as well as Writer in Residence at Lyceum Youth Theatre and her play for children commissioned by Imaginate which was shared as a work in progress at Edinburgh International Children’s Festival in May 2021 and will be developed for a full production for 2023.

She was also recently selected for the Adopt a Playwright Award by offwestend.com.

She co-wrote a walking audio play, Eavesdropping (Edinburgh), with Thickskin and Traverse Theatre for this year’s Edinburgh Fringe and her adaptation of Jekyll and Hyde commissioned by Pitlochry Festival Theatre was premiered as part of their Summer Season 2021.

Her poetry has been published widely and her poem, Scotland, you’re no mine, was selected by Roseanne Watt as one of the Best Scottish Poems 2019. Her debut pamphlet, Finding Seaglass was published by Stewed Rhubarb Press in 2019 and she is working on a collection with Polygon. Her poetry dance film, Thirteen Fragments, in partnership with National Theatre of Scotland and Royal Society of Edinburgh, premiered as part of the Curious festival in August 2021 and will form part of a larger work, called Blood Salt Spring for the Push the Boat Out festival in Edinburgh 2021.

She has performed at many poetry nights and festivals including, Neu! Reekie!, Edinburgh Book Festival, Stanza Poetry Festival and Sonnet Youth and in 2021, she is undertaking a translation poetry project with Stanza and the Ukraine Poetry Festival, Book Arsenal.

Hannah is an experienced workshop facilitator and mentor and received the Creative Edinburgh Leadership Award in 2020, for her work with the Writers of Colour Writing Group and for curating and directing a film poetry series, Sorry, I Was On Mute, for Fringe of Colour.

She is represented by Julia Tyrrell Management and further information can be found on Hannah's website https://www.hannahlavery.com