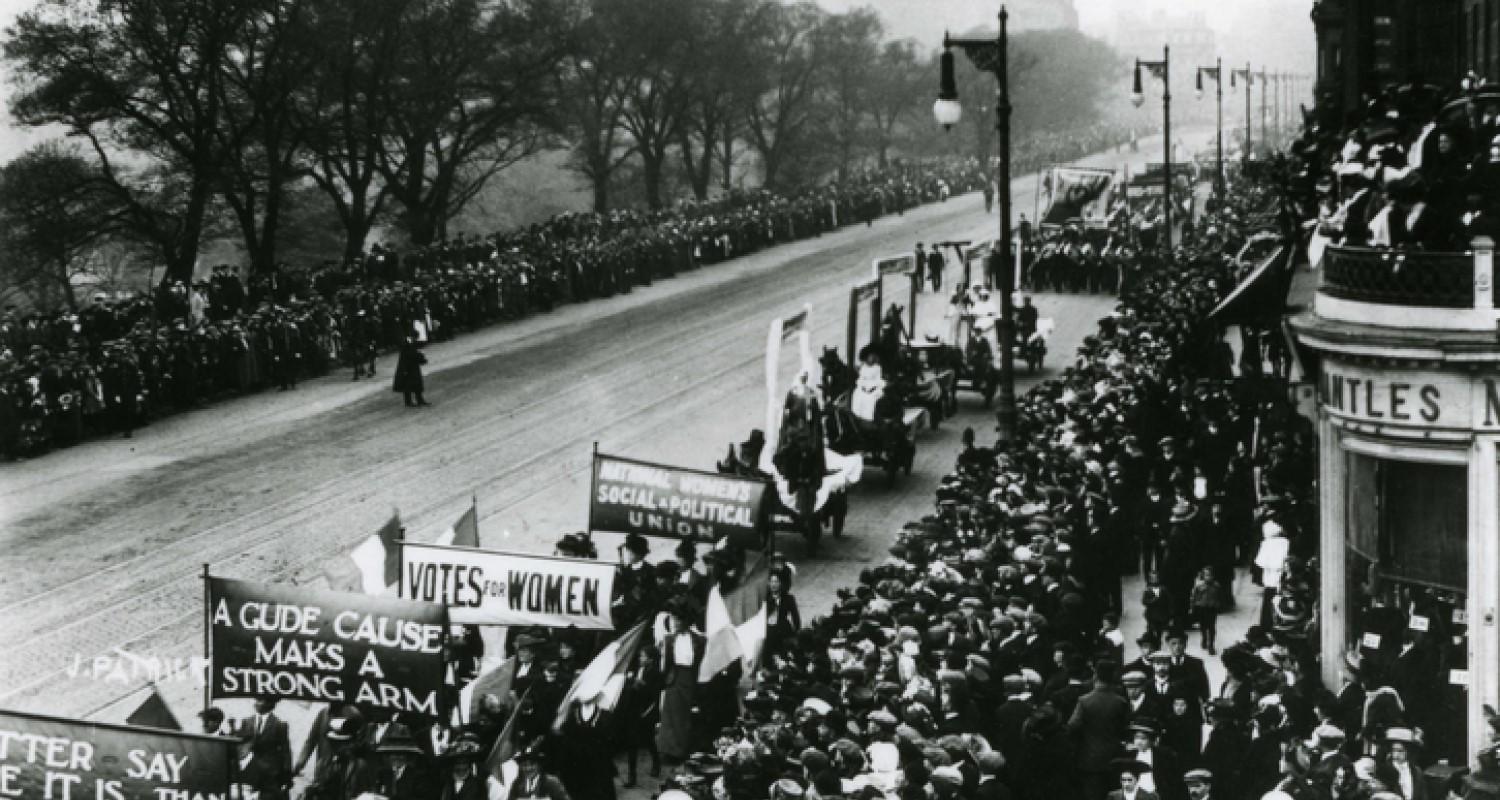 A Guid Cause Makes a Strong Arm

We are all familiar with the story of Emily Wilding Davison, the suffragette who gained posthumous notoriety after leaping in front of King George V’s horse at the 1913 derby.  But what of the suffrage movement in Scotland? Surprisingly perhaps, our country was one of the first to have a women’s suffrage society and an early groundswell of support.  The story of the fight for women’s suffrage in Scotland is full of examples of dogged determination over many years from suffragists and outrageous acts of arson, vandalism and bravery from suffragettes.  This talk explores the ‘gists, the ‘gettes and the fight for female emancipation, viewed by some as a campaign and by others as a war. Ailsa Clarke's interest in WW1 was sparked as a 16-year-old on her high school battlefield trip.  She went on as an adult to become a tour guide on the Western Front before going into secondary school teaching.  She is also a practioner of living history who specialises in portraying women on active service during the conflict.

This lecture will now be run online on Microsoft Teams; booking is essential as attendees will be sent joining instructions a day or so beforehand. If you do not hear from us an hour or so before, please check your junk or spam folder. If joining us on a mobile device (tablet or smartphone) you will need to install Teams onto your device beforehand, and also Microsoft Powerpoint if your device is older so that you can view any slides. The apps can be downloaded free from the App Store or the Google Play Store.

A Guid Cause Makes a Strong Arm